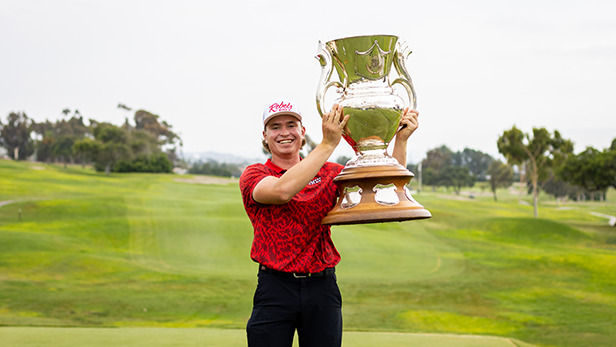 Fioroni, junior at UNLV who captured the CIF State Championship as a senior at Torrey Pines High School, tied for second in the 2022 ASU Thunderbird Invitational and was solo second in the 2020 SoCal Amateur, carded a score of 69-67-68-66—270, 14-under-par. He was the only player in the field to post four scores under par.

The 21-year-old Fioroni took a two-stroke lead into the final round, but it was down to one after he three-putted for a par from 15 feet on the second hole. However, he regained control with birdies on the fifth and eighth holes before making a miracle par on No. 15 with a 12-foot putt from off the green and applying the finishing touch with an eagle on the next hole in his bogey-free final round.

The Southern California Amateur was first played in 1900, when Charles E. Orr claimed the title.