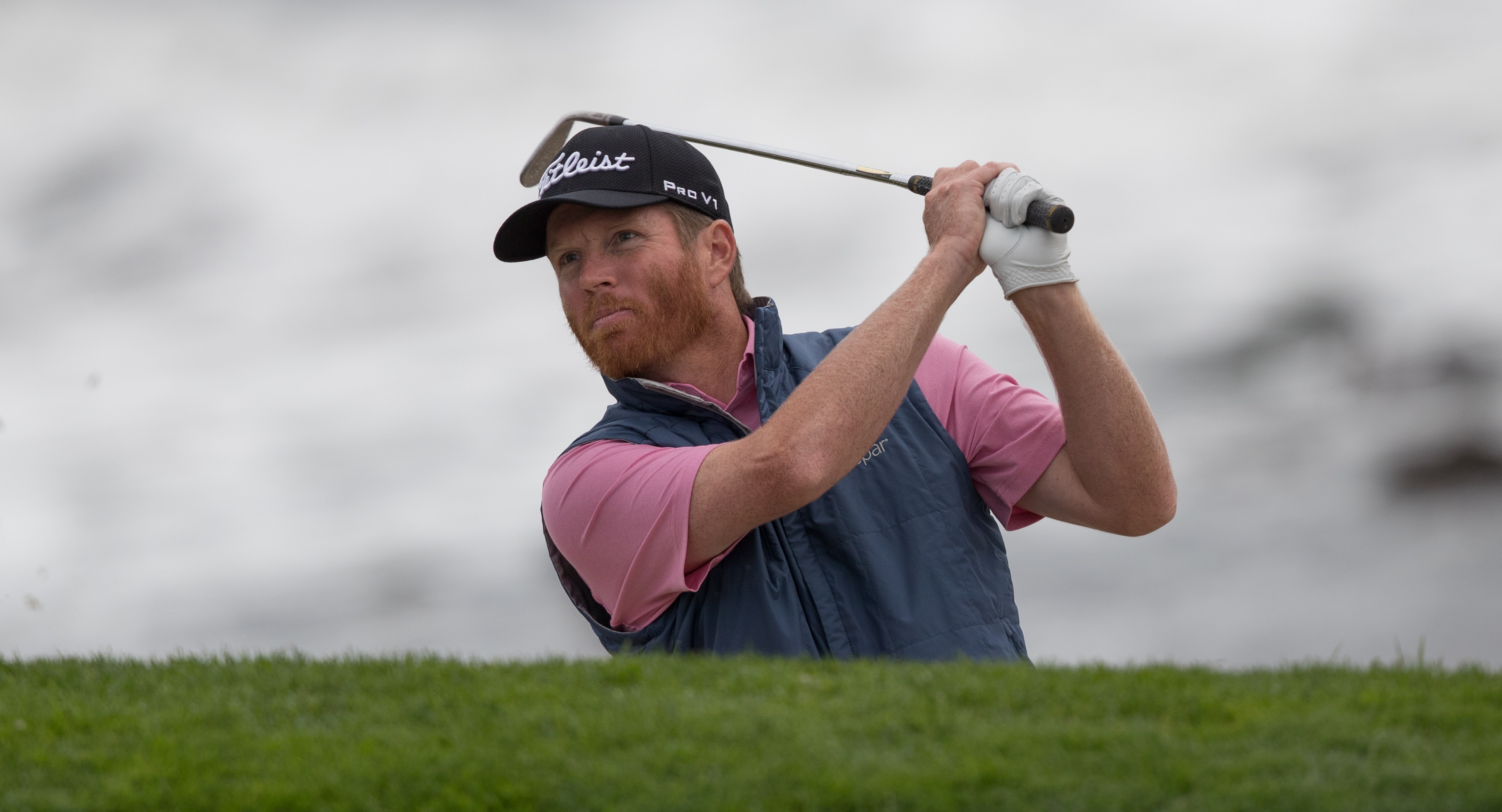 Derek Fathauer, J.T Poston and Kelly Kraft posted 5-under-par 65s to tie for the lead after the first round of the Dean & DeLuca Invitational in winds up to 30 mph at Colonial Country Club in Fort Worth, Texas.

“A lot of times out there hitting it to 30 feet is a good spot,” said Poston, who is winless as a pro and earned his PGA Tour card by finishing 10th on the Web.com Tour money list last season. “You’ve just got to realize that, even if it is with a 9-iron.

“I felt like I did a good job staying patient. I was glad to see to pay off. I putted it nice, too. Every time I needed to make a good par putt to keep the round going I did, so it was just a good day.”

Said Fathauer, whose only pro victory came in the 2014 Web.com Tour Championship:

“I kind of believed I had this kind of round in me, but a look at my last 15 rounds or 16 rounds I wouldn’t have said so.

“I just play my own game. You can walk up and down the range and see guys with TrackMan and swing coaches and gadgets and stuff, and that’s not how I learned to play golf. I just hit the ball, go find it, and hit it again.”

Fathauer has missed the cut in nine of his 17 starts this season, including his last three.

Phil Mickelson and Zach Johnson, both two-time champions at Colonial, shot 67 and were in a tie for seventh that includes Paul Casey of England, Kevin Kisner, Ryan Moore, Nick Watney and Sean O’Hair.