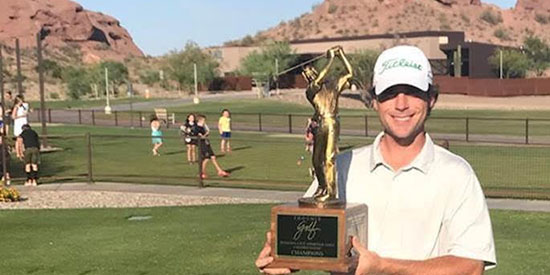 Alvaro Estrada of Sacramento held off Brett Viboch, also of Sacramento, down the stretch to capture the 19th California State Fair Mid-Amateur Championship by one stroke on the Blue Course at Bing Maloney Golf Course in Sacramento.

Viboch, who won the 2020 Chico City Championship, pulled to within one stroke of Estrada when he made an eagle on the 14th hole and a birdie on the 15th, but closed with three straight pars to finish second in this tournament for the second straight year.