Educated Hands – Can Your Hands Pass The Test? 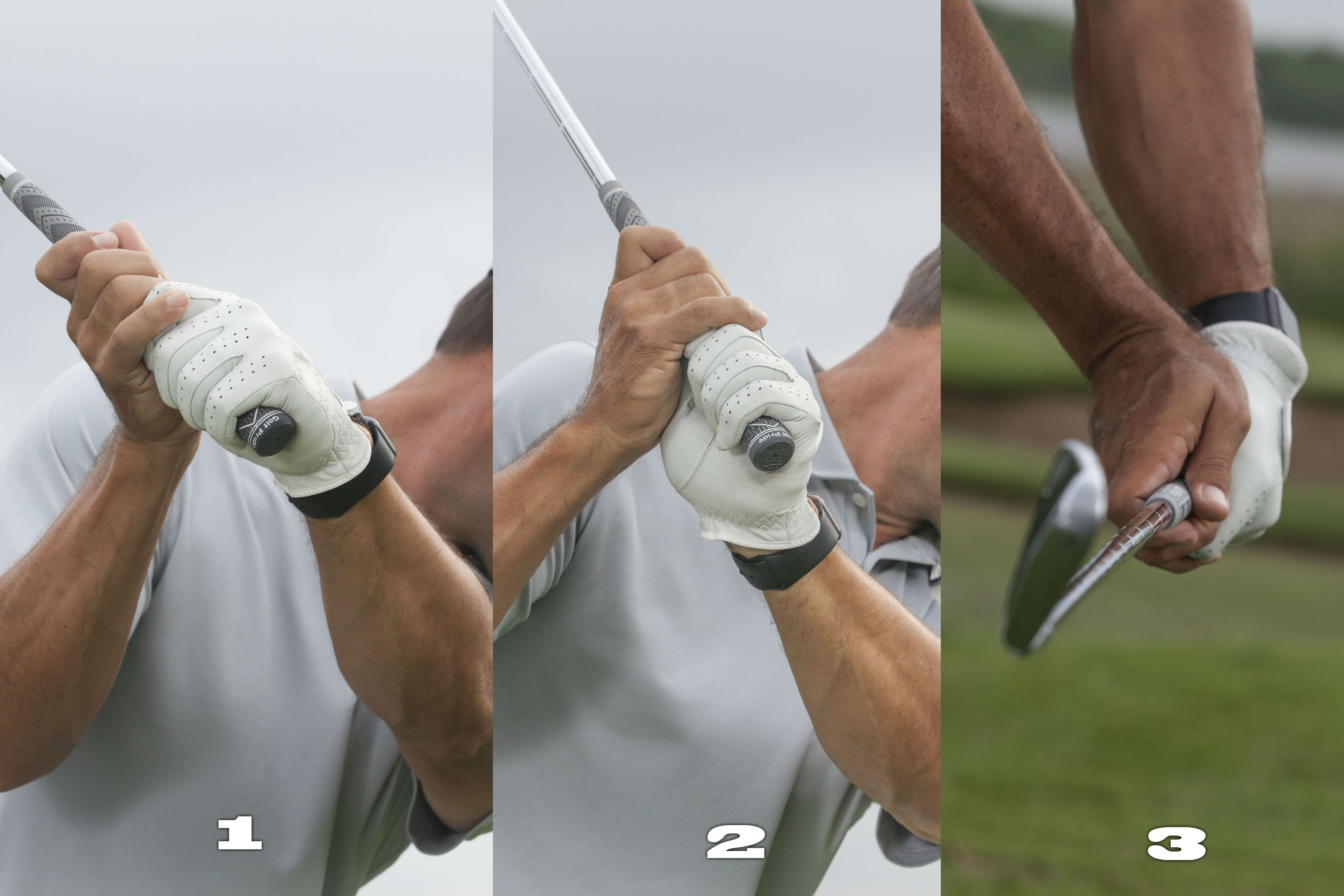 In golf, we have to swing the weight of the club with precision and force. That in itself is no easy task. Most adults try and overpower the acceleration of the club from the top of the backswing to the ball in hopes of long target bound golf shots. They try and go from zero to 100 mph by skipping a lot of the numbers in between! The best players know how to accelerate the club head with great power into and through a golf ball. What’s best, with all of this amazing speed, they have club face awareness that sends the ball toward the intended target.

Is it magic? It sure seems that way when we watch Jason Day and Rory McIlroy hit tower bombs with laser precision, but the facts are that they have trained their hands AND wrists so they can swing and accelerate the weight of the club with unconscious freedom and power and have confidence in the outcome.

It is said that a photo speaks a thousand words. Well, in these two photos that resemble my swing in the downward phase, the photo on the left shows a flat lead wrist (my left wrist) vs. the photo on the right showing a cupped, or extended lead wrist. In all of my 3D research studying the World’s elite players, I’ve only found one player who does not get into a flat, or mildly bowed lead wrist condition early during their downswing. The great, Dustin Johnson, is even known for his extremely bowed wrist at the top of his swing and he may just be the best driver of a golf ball on the professional circuit. The higher handicap players’ downswing emulates the photo on the right and they suffer from a steep outside-to-in club delivery resulting in any number of major swing compensations such as the dreaded chicken wing or simply raising the torso to keep from pounding into the ground with the club head. At any rate, this doesn’t result in reliable target seeking golf shots. 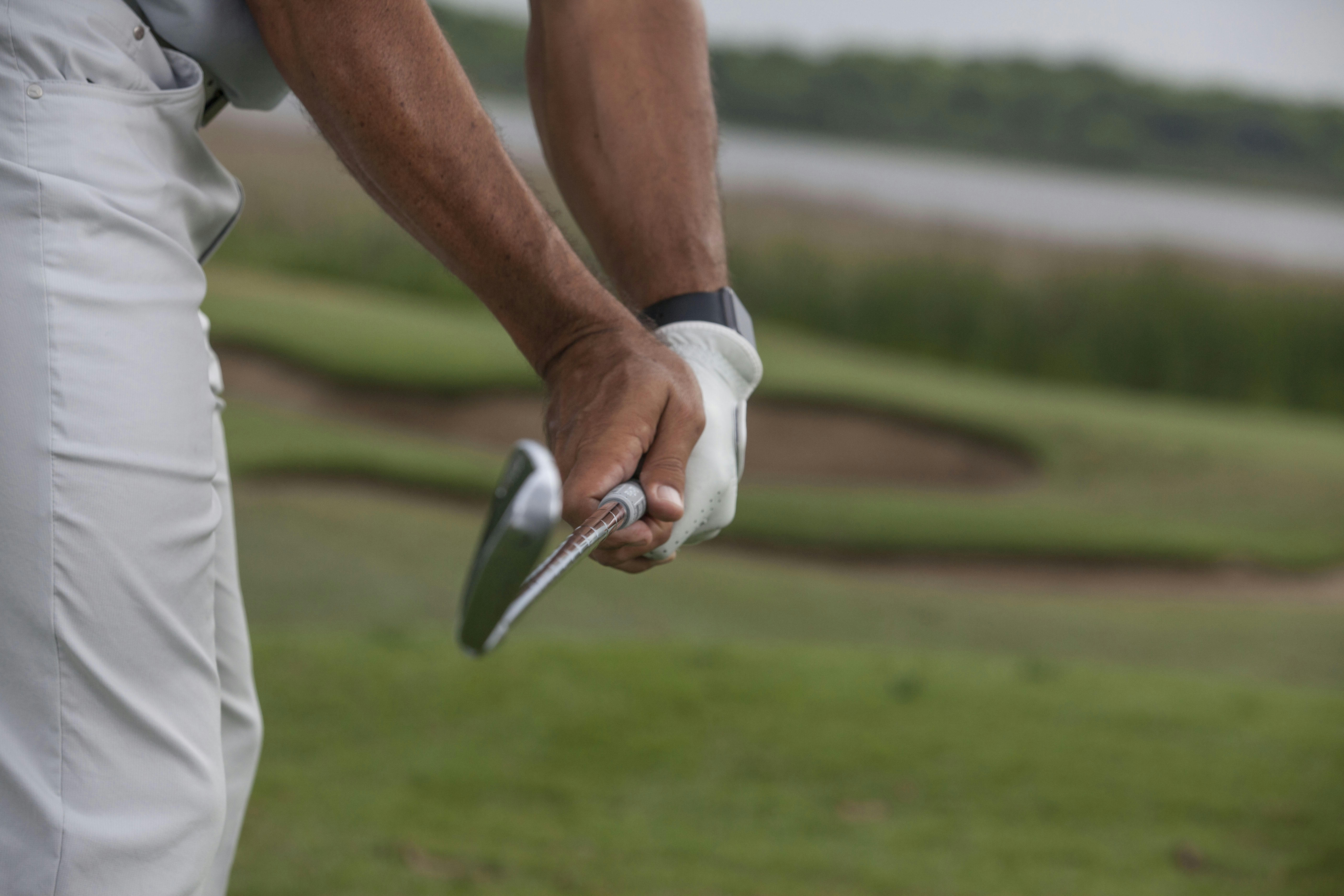 Take your hands AND wrists back the school. Do some mirror work and check your reflection noting if you have a flat or mildly bowed lead wrist in the downward phase of the golf swing. If you do, you’ll look like this photo where the club is in the delivery position with the club face starting to point at the ball. From here, it’s all about how fast you can turn through the shot to a balanced finish so you can watch your golf ball rocket off the face toward the pin.