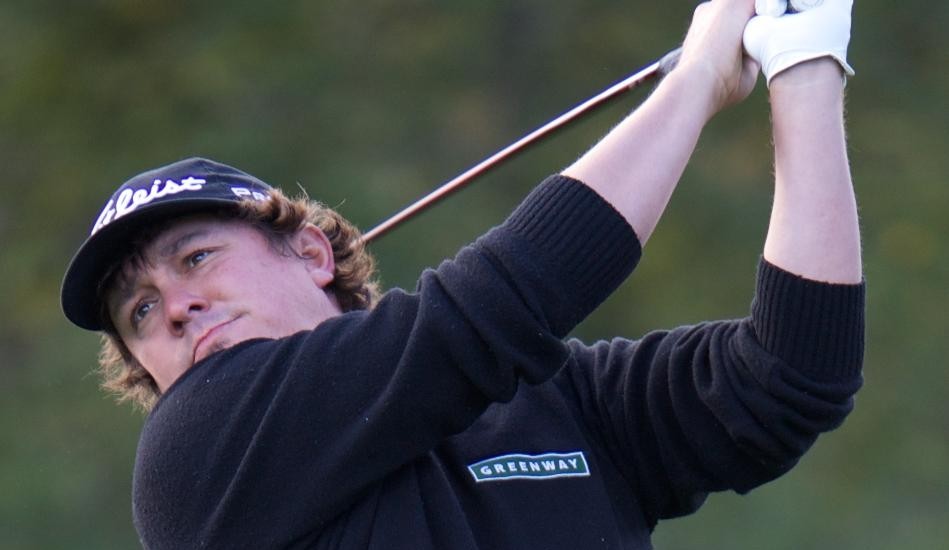 Jason Dufner and David Lingmerth of Sweden have struggled this season, but not in the first round of the Memorial Tournament.

“Everything was working,” said Dufner (pictured), whose only top-10 finish on the PGA Tour this season was a tie for fifth with Patton Kizzire in the Zurich Classic of New Orleans, a two-man team event. “I was most happy with my iron game, because it gave me the opportunities for some birdies.

“This is a difficult golf course and the wind can be tricky, so 65 in the first round is a good place to be, so I’ll take it. I just want to stay patient and keep the ball underneath the hole, because that’s where you want to be on this course.”

Dufner, who claimed his fourth victory on the PGA Tour last season in the CareerBuilder Challenge, sank a seven-foot eagle putt on the seventh hole and added three birdies on each nine. He hit the first 17 greens in regulation before missing the last, leading to his only bogey.

Lingmerth, whose best finish this season is a tie for 12th last week in the Dean & DeLuca Invitational, holed an eight-foot eagle putt at No. 15 and added eight birdies, but had three bogeys on the back nine.

“All of a sudden I just started playing the way I know I can,” said Lingmerth said, who won the 2015 Memorial for his only PGA Tour victory. “I’m feeling good about the way I’m progressing with everything, technique and mentally and everything. So hopefully I can keep it going this weekend.

“I’ve been working hard all year, even though the results have not been there. But every time I show up at this course, I feel good. I like this place. It sets up well for my game and I have some good memories.”

Spieth, coming off his tie for second in his title defense at the Dean & DeLuca, birdied four of his last five holes while finishing on the front nine in a 66, which Summerhays equaled with four birdies on each side and two bogeys.

Justin Thomas, who has won three times this season but not since January, recorded four straight birdies through No. 14 in a 67 and was tied for fifth with Lucas Glover, the 2009 U.S. Open champion, who had a bogey-free round.

Sam Saunders, Arnold Palmer’s grandson, shot 68 and is tied for seventh with Byeong Hun An of South Korea, while Jamie Lovemark of Rancho Santa Fe and USC totaled 69 to tie for ninth with Matt Kuchar, Brooks Koepka and Nick Taylor.

Phil Mickelson carded a 70 and is in a tie for 13th that includes Rickie Fowler of Murrieta, fourth-ranked Hideki Matsuyama of Japan, Pat Perez of San Diego and Kevin Kisner, who won the Dean & DeLuca Invitational last week.

Host Jack Nicklaus’ course at Muirfield Village was not kind to some of the best players in the world.