Dufner shoots another 65, leads Memorial by 5 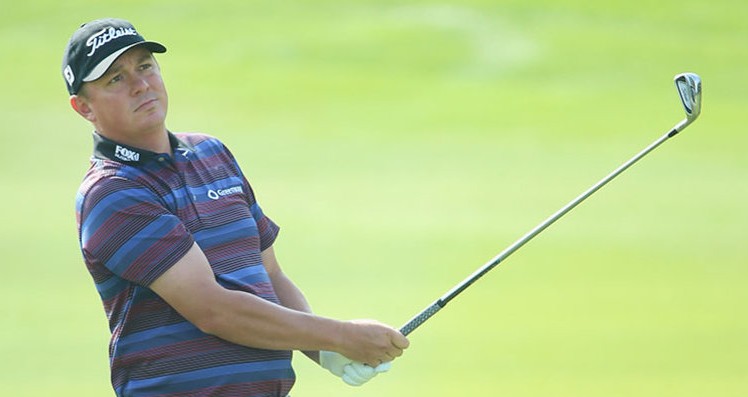 For Jason Dufner, the second day of the Memorial Tournament was even better than the first.

Dufner carded another 7-under-par 65 to seize a five-stroke lead over Daniel Summerhays while setting a tournament record of 10-under 130 for 36 holes at Muirfield Village Golf Club in Dublin, Ohio.

“Nice start, nice to grab a record,” said Dufner, the 2013 PGA champion, who holed his second shot from 176 yards for an eagle on the 18th hole his ninth of the day. … “A lot of luck with it going in. But it probably would have been pretty close for a birdie opportunity. Sometimes you get those situations where the fit is pretty good and you look like a hero. And sometimes we think the fit is good, and we look like a goat. So I’ll take it and move on.

” … I need another couple good rounds, but I feel good with my game. There’s a big challenge on this golf course. It gets a little tougher, generally speaking, on the weekend. So I won’t be quite expecting to shoot 14-under on the weekend. There’s a lot of golf left to be played.”

Dufner, whose only bogey in 36 holes came on the final hole in round one, broke the tournament mark of 131 for two rounds set by set by Scott Hoch in 1987 and tied by Rickie Fowler in 2010.

Summerhays, whose only victory against the pros came in the 2007 Nationwide Children’s Hospital Invitational on what is now the Web.com Tour when he was an amateur, followed his opening 66 with a 69, while Fowler, who was second to Justin Rose in that 2010 Memorial, holed a bunker shot on the 18th hole to shoot 66 and is six back in third.

Jamie Lovemark of Rancho Santa Fe and USC posted a 69 and is eight shots behind in a tie for fourth with sixth-ranked Jordan Spieth, who had a 72, and Justin Thomas, who totaled 71.

Kevin Kisner, who won the Dean & DeLuca Invitational last week, finished at 69 and is nine down in a tie for seventh with Bubba Watson (68), 2015 Memorial champion David Lingmerth (74) of Sweden, 2013 Memorial winner Matt Kuchar (70), Martin Laird (68) of Scotland and Emiliano Grillo (68) of Argentina.

Phil Mickelson carded a second 70 and is tied for 13th, while 10th-ranked Adam Scott of Australia posted a 66 and is in a tie for 24th that includes 2011 Memorial champ Steve Stricker, who came in at a 68.