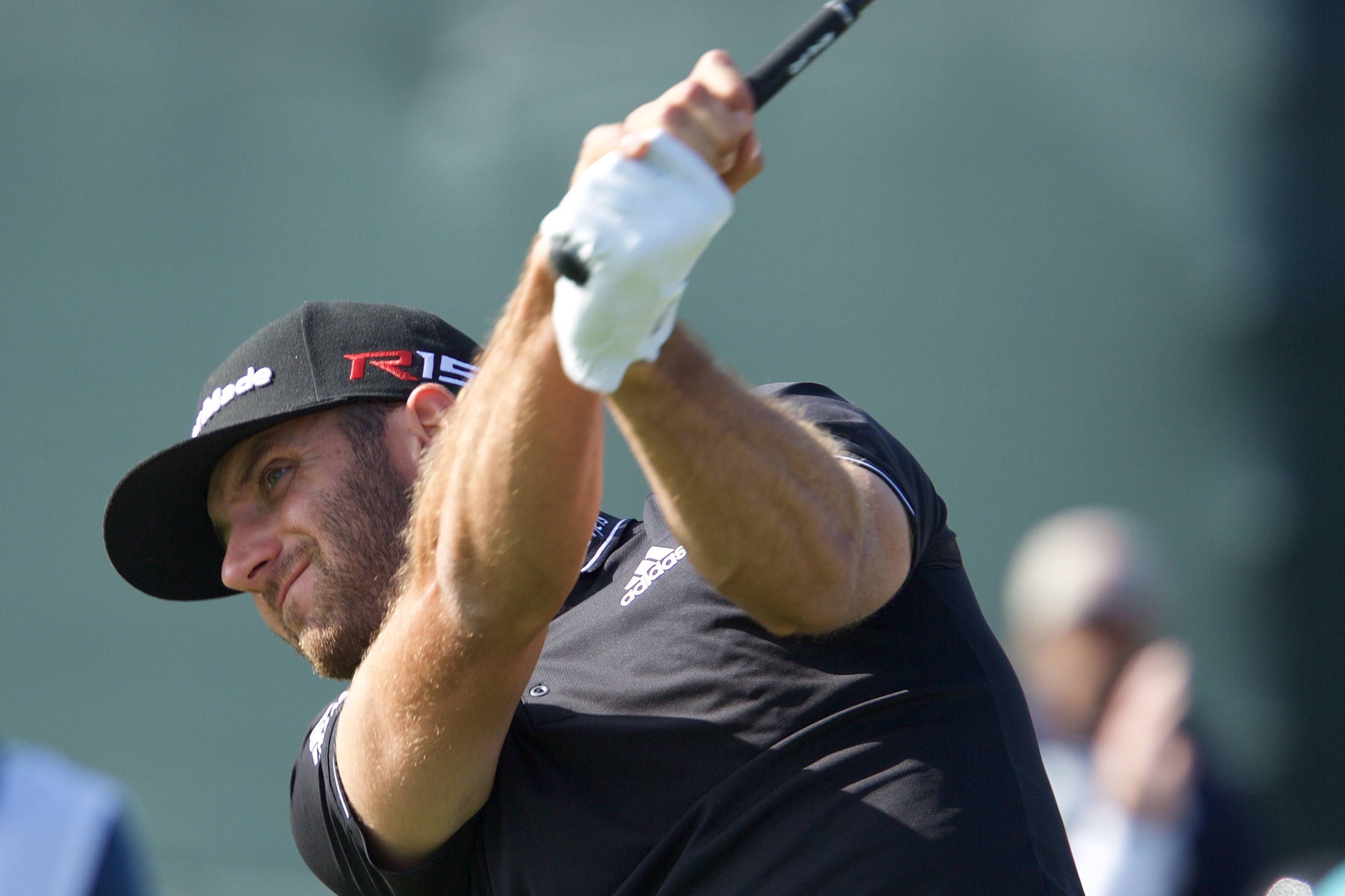 Dustin Johnson won three consecutive events when he got rolling earlier this season, and he seems to be started on another run.

DJ, who captured The Northern Trust to open the playoffs last week, shot 5-under-par 66 to take a one-stroke lead over Sergio Garcia of Spain, Kyle Stanley, Marc Leishman of Australia and Jon Rahm of Spain after one round of the Dell Technologies Championship at TPC Boston in Norton, Mass.

“It was good fun out there and I put together a good round in difficult conditions,” said Johnson, whose day was highlighted by a four-foot eagle putt on the 18th hole after he stuck his approach shot from 220 yards. “It’s just a hard course, but I’m very pleased with the way I hit the ball.

“I definitely have some momentum going. My golf fame is really good right now and I’m really confident in my swing. It definitely carried over from last week.”

The top-ranked Johnson, who has broken 70 in each of his last six rounds, regained the lead in the FedExCup point standings last week with his fourth victory of the season and the fourth of his career in the playoffs.

Phil Mickelson shot 69 and is in a tie for 12th that includes 10th-ranked Rickie Fowler, while sixth-ranked Justin Thomas is tied for 30th at 71.

Second-ranked Jordan Spieth totaled 72 and is in a tie for 42nd that includes third-ranked Hideki Matsuyama of Japan and fourth-ranked Rory McIlroy of Northern Ireland, the defending champion at TPC Boston.