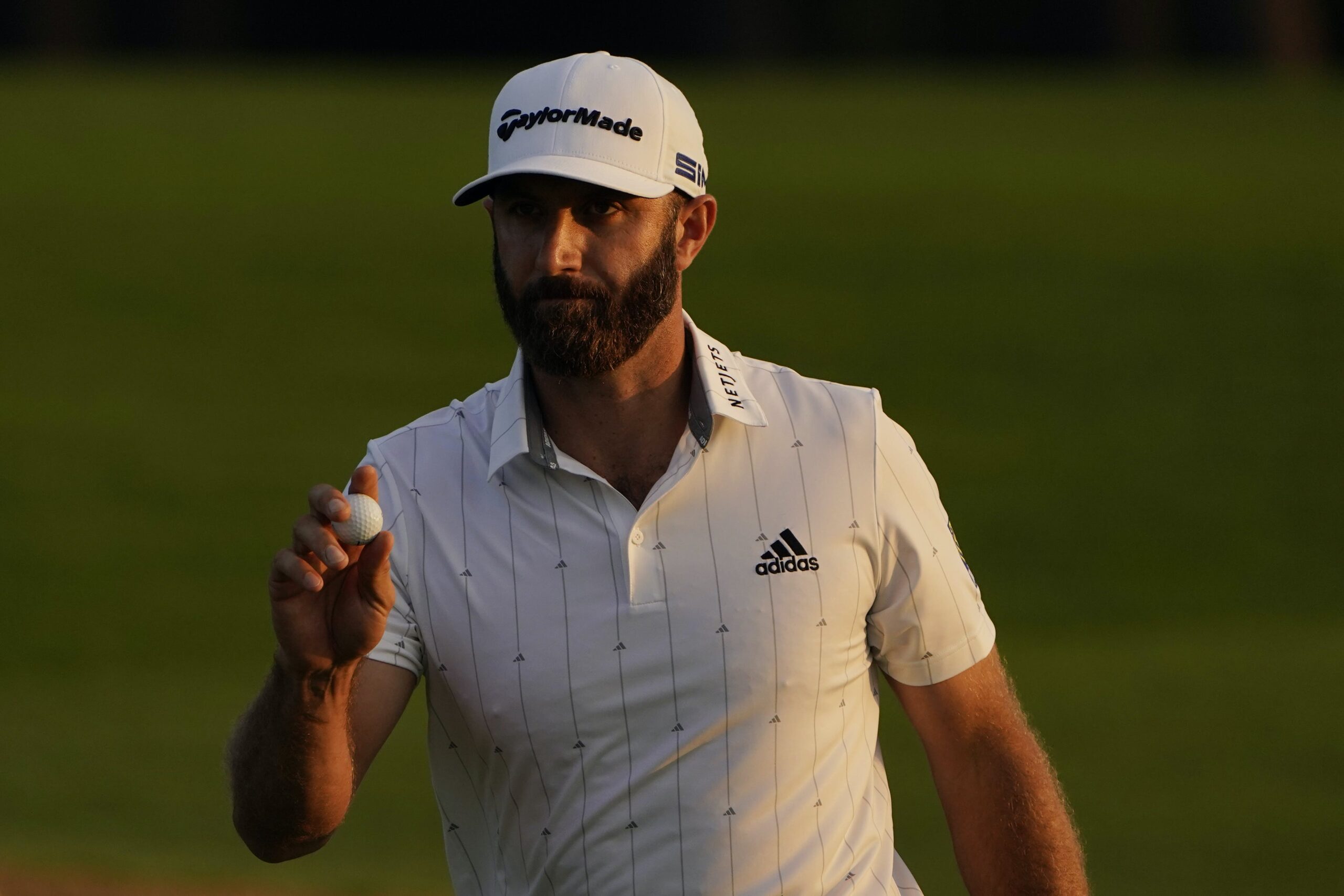 Top-ranked Dustin Johnson built a lead for the second straight day in the 84th Masters and this time he maintained it.

Johnson, tied for the lead after 36 holes in search of his first Green Jacket, posted a bogey-free, 7-under-par 65 to take a four-stroke lead over Sungjae Im of South Korea, Abraham Ancer of Mexico and Cameron Smith of Australia through three rounds at Augusta National Golf Club in Augusta, Ga.

The tournament was behind schedule after a three-hour rain delay in the first round, but got back on track on Saturday when 44 players completed the second round and after the cut was made, the complete third round was concluded before darkness.

“We’ve just been doing a great job on the greens because there are a lot of tough reads, especially on the short ones,” said Johnson, who tied for second in the Masters last year and whose only major title came in the 2016 U.S. Open at Oakmont. “I feel real good about my game, hitting a lot of good drives and iron shots, hitting the ball right where I’m looking.

“I have to keep playing the same way, being aggressive when I can and being smart when I can’t. There are still a lot of guys who have a chance to win, so I have to continue playing well if I want to put on that Green Jacket tomorrow.”

Johnson broke out of a nine-way tie for the lead with a tap-in eagle on the second hole of round three and added five birdies while recording a score of 16-under 200 to tie the Masters 54-hole record set by Jordan Spieth in 2015.

“I played a practice round when I got there on Monday and I felt right away that the course fits my game,” Im, whose 22nd place finish in the U.S. Open is his best result in six previous majors, said through an interpreter.

“I feel that if I stay composed, keep putting well and continue doing what I have been doing the first three days that I can stay in contention.”

Said Smith: “It was just pretty boring golf, 12 straight pars, then those three birdies, and three scrappy holes at the end where I managed to save par. Still, this is what we dream about, to have a chance on Sunday in a major. I have to get off to a good start and the back nine has been good to me all week. I just can’t wait.”

Said Ancer: “I played really solid today, felt I hit the ball better than I did the first few days. There were just some putts that I though I made that just didn’t go in. I feel comfortable out there and hope it’s a special day tomorrow, and they all go in.”

Dylan Frittelli of South Africa is five shots back in fifth after a 67, followed by third-ranked Justin Thomas, the 2017 PGA champion, who made four bogeys on the back nine in a 71 and is one more down in sixth.

Second-ranked Jon Rahm of Spain, probably the best player without a major title, made a double-bogey 7 on the eighth hole and could manage only a 72, and is seven behind in a tie for seventh with Sebastian Munoz of Colombia (69) and Patrick Reed (71).

Fifth-ranked Rory McIlroy of Northern Ireland, trying to complete the Career Grand Slam by winning the Masters, shot 67 and is eight strokes back in a tie for ninth with former world No. 1 Brooks Koepka, who totaled 69, Tommy Fleetwood of England, who finished at 71, and Hideki Matsuyama of Japan, who wound up at 72.

Tenth-ranked Patrick Cantlay of Los Alamitos and UCLA struggled to a 73 and is 14th, while defending champion and five-time Masters winner Tiger Woods posted a 72 and is in a tie for 20th with eighth-ranked Xander Schauffele of La Jolla and San Diego State and seventh-ranked Webb Simpson, the 2012 U.S. Open champion, who both had 71s.

Sixth-ranked Bryson DeChambeau of Clovis, the reigning U.S. Open champion, carded a 69 and is tied for 29th, while fourth-ranked Collin Morikawa, the reigning PGA champion from La Canada Flintridge and Cal, is tied for 36th after a 70.

DeChambeau and Morikawa both made the cut on the number in a tie for 50th.