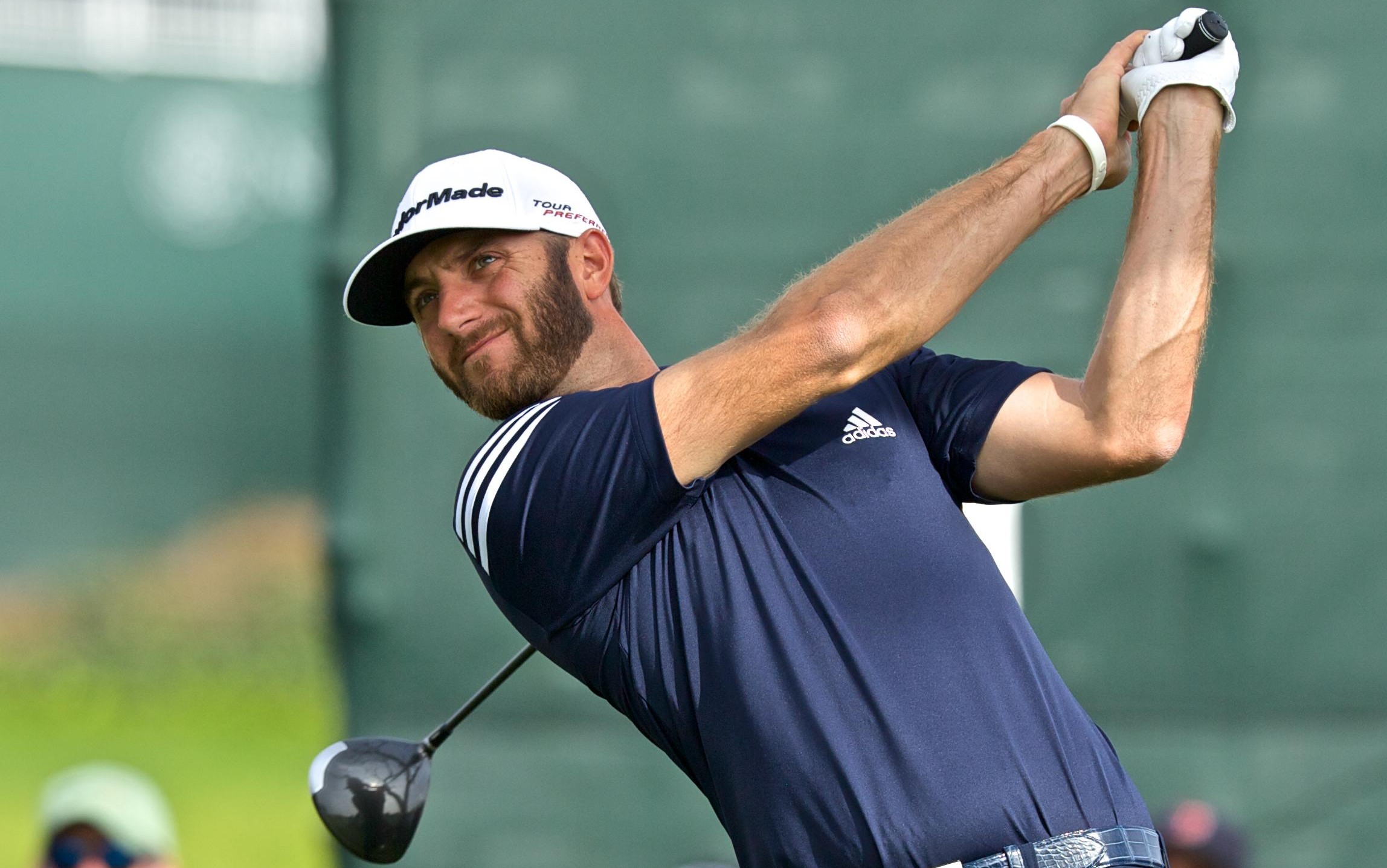 Dustin Johnson hadn’t seen the top of the leaderboard since winning three straight events before sustaining a back injury on the eve of the Masters.

However, DJ is tied for the lead with Jordan Spieth, Rickie Fowler and Jhonattan Vegas of Venezuela in The Northern Trust, first event of the FedExCup playoffs, after shooting 1-under-par 69 in the second round at Glen Oaks Club in Old Westbury, N.Y.

“It wasn’t much different than yesterday,” said Johnson, who is No. 1 n the world and fourth in the FedExCup point standings. “I hit some really good shots, drove it great. I did hit two bad drives (on the fourth and fifth holes) and made bogeys, but other than that I played very well.

“I’d have liked to play better in the majors. Getting hurt before Augusta, which is going right into the major season, didn’t really help, especially for the momentum and how good I felt like I was swinging, and everything was going in a really good direction. But I feel like I’ve got it back on the right track. I feel like I’m swinging well again.”

Spieth, No. 3 in the point standings, made five consecutive birdies to start the back nine en route to a 65 that Vegas matched in a bogey-free round, while Fowler birdied three of his last six holes in a 66.

Matt Kuchar collected eight birdies on the last 11 holes to post a 64 that was low score of the day and is one stroke back in a tie for fifth with Bubba Watson, who sank a 17-foot birdie putt on his final hole to cap a 68.

Rookie Jon Rahm of Spain, who is sixth in the standings, and Justin Rose of England both had second straight 68s and are two behind in a tie for seventh with first-round leader Russell Henley, who did not make a birdie in his 72.

Defending FedExCup champion Rory McIlroy shot 68 and is in a tie for 47th that includes 2013 Cup winner Henrik Stenson of Sweden, who had a 72.

Points leader Hideki Matsuyama of Japan missed a short par putt on the last hole and missed the cut by one stroke at 74-49—143 and is projected to fall to fifth in the standings.