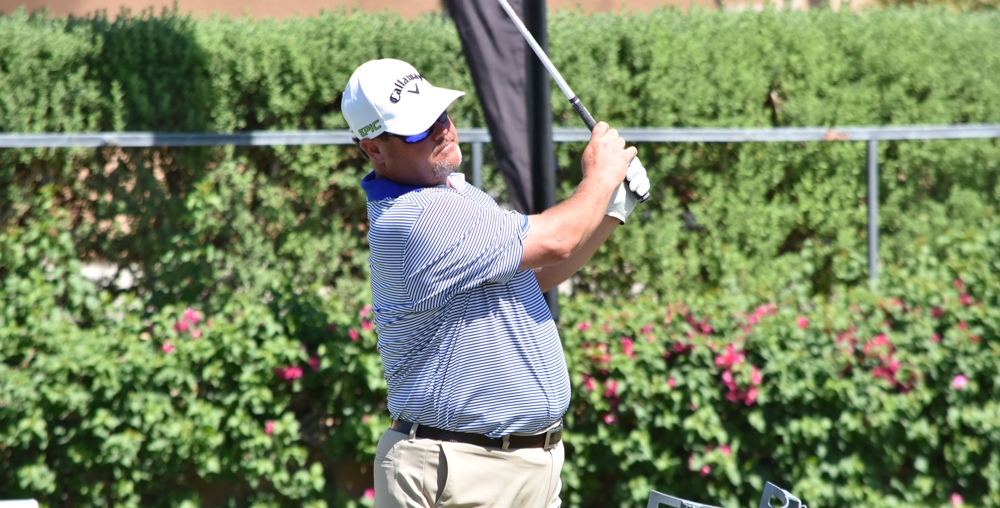 Michael Block of Arroyo Trabuco Golf Club posted a second 71 and is three strokes back in a tie for third with Thomas Chu of Valencia Country Club, who carded a 68.

Chris Starkjohann of Carlsbad Golf Center, who claimed the SCPGA title in 2004, 2010 and 2012, shot 71 and is four behind in a tie for fifth with Grant Strobel (71) of Carmel Valley Ranch Country Club, Greg Casagranada (74) of the Hodges Golf Learning Center, Alan Scheer (71) of Steele Canyon Golf Club, 2014 champion Ryan Kennedy (68) of Rustic Canyon Golf Club and Barry Mahlberg (70) of Stadium Golf Center.

Defending champion Kenny Pigman of Goose Creek Golf Club is tied for 41st after a 74.