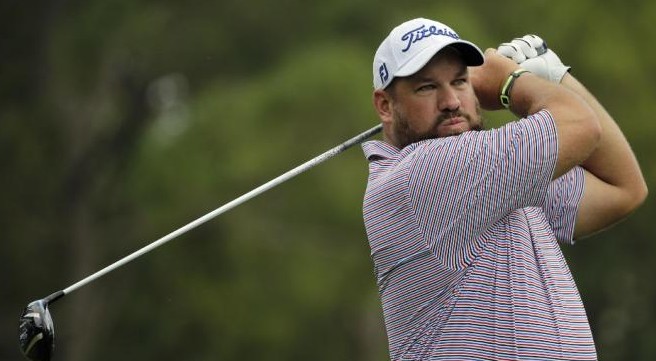 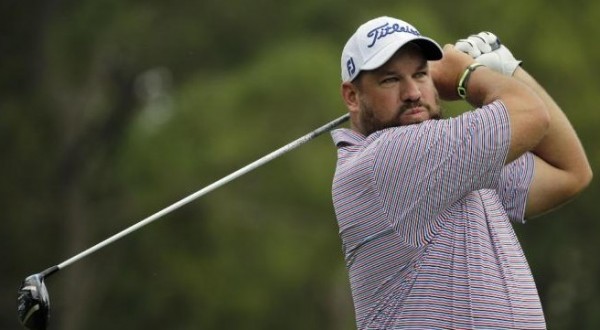 Brendon de Jonge of Zimbabwe shot 6-under-par 65 to take a two-stroke lead over nine players after the first round of the Deutsche Bank Championship, the second event of the FedEx Cup playoffs, at TPC Boston in Norton, Mass.

The 35-year-old de Jonge, whose only pro victory came in the 2008 Xerox Classic on what now is the Web.com Tour, made his only bogey on the third hole and collected his seventh and final birdie with a 16-foot putt as he finished on the ninth hole.

“I’m very happy and actually a little shocked more than anything, because I have been going through a rough stretch, to say the least,” said de Jonge, who missed the cut his last two outings, the Wyndham Championship and The Barclays.

“It was nice to shoot a score like that and a nice way to finish, with a birdie. I think it’s an advantage to play in the afternoon and then wake up early (tomorrow) and go right back out there.”

Charley Hoffman of Poway, who won the Deutsche Bank in 2010, sank a six-foot eagle putt on the 18th hole to close out a 67 and was tied for second with Rickie Fowler of Murrieta, Kevin Chappell of Fresno and UCLA, Henrik Stenson of Sweden, Luke Donald of England, Colt Knost, Ian Poulter of England, Matt Jones of Australia and Harris English.

Jason Day of Australia, the FedEx Cup points leader who has won three of his last four tournaments and can take the No. 1 spot in the World Golf Rankings with a victory, had the lead for much of the morning at 5-under before two late bogeys left him at 68.

Zach Johnson, who won the Open Championship at St. Andrews, birdied the last hole with a brilliant approach to within 18 inches to finish off a 69 and was in a tie for 16th that included Matt Kuchar, Davis Love III, Jason Dufner and Hunter Mahan.

Top-ranked Rory McIlroy of Northern Ireland, playing for the first time since the PGA Championship, made two late bogeys to card a 70 and was in a tie for 26th that included Phil Mickelson, Dustin Johnson and Brendan Steele of Idyllwild and UC Riverside.

Second-ranked Jordan Spieth, who dropped to No. 2 in the FedEx Cup standings after missing the cut in The Barclays, struggled again with eight bogeys en route to a 75 and was tied for 80th.