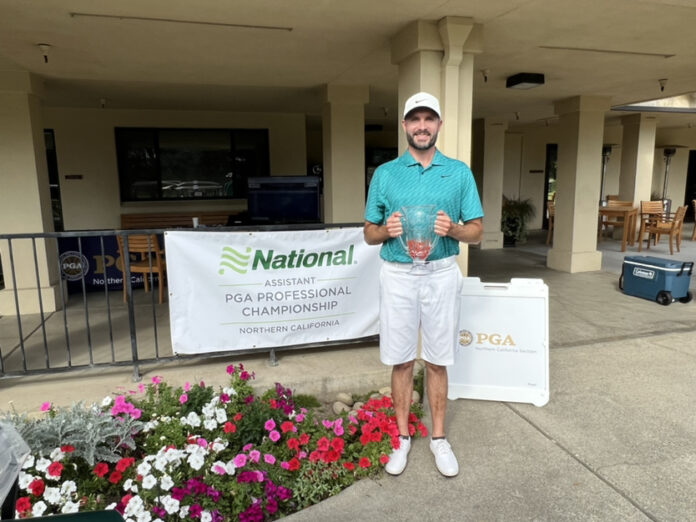 That victory came two weeks after De Borba repeated as champion in the NCPGA Assistant Professional Championship at Woodbridge Country Club after winning the NCPGA Pro Series No. 4 event earlier this season.

De Borba is playing about as well as he did when he claimed six victories in 2015 and four in 2014, including the SCPGA Assistant Championship.

Brad Marek of Corica Park Golf Course in Alameda was fifth at 73-68—141, followed by Warren Pineo of Toscano Golf Club in Reno at 69-73—142, as the top six players all qualified for the PGA of America National Professional Championship.

Dave Carr of Teal Bend Golf Club in Sacramento totaled 71-72—143 to tie for seventh with Joe Dolby of Palo Alto Hills Golf and Country Club, who finished at 73-70—143, Michael Duncan of Cypress Point Golf Club in Pebble Beach, who shot 71-72—143, and Steve Sear of Toiyabe Golf Club in Washoe Valley, Nev., a two-time Nevada Amateur champion, who also came in at 71-72—143.

Carr won a card-off and earned an alternate spot in the PGA of America National Championship.