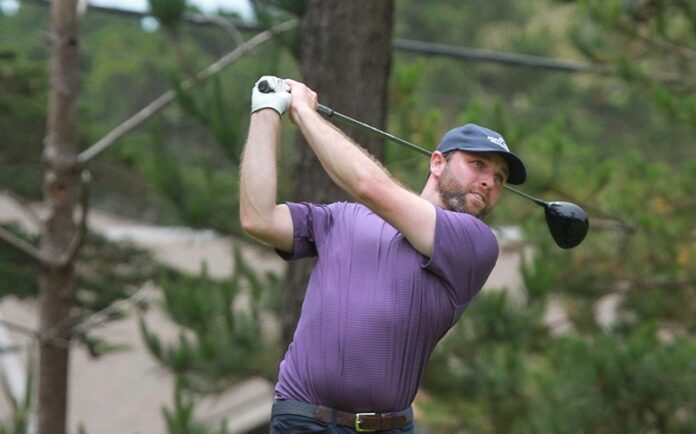 Ian Dahl of Carmel has been the only Northern California Golf Association employee to claim an NCGA championship, and now he’s done it again.

The 33-year-old Dahl sank an 18-foot birdie putt on the first playoff hole to turn back Matt Hansen of Los Osos and capture the 40th NCGA Mid-Amateur Championship at Poppy Hills Golf Course in Pebble Beach.

“It was a good line and I just didn’t know if it would get there,” Dahl, who also won the 2019 NCGA Stroke Play Championship, said of his winning putt. “It feels really good to get a win. … I’ll be back here tomorrow, but in the (NCGA) office.”

Dahl, who played college golf at Cal and finished third in this tournament last year, posted a score of 67-69—136, 6-under-par, while Hansen finished at 68-68—136 and got into the playoff by making a birdie on the final hole of regulation.

“I need to just blow up the 17th,” said Hansen, who played at UC Davis and made bogeys on that hole each of the last two years. “We all played well. It was a lot of back and forth. Ian made a great birdie to win it. A win would’ve been nice.”