Curran ties for lead with 63 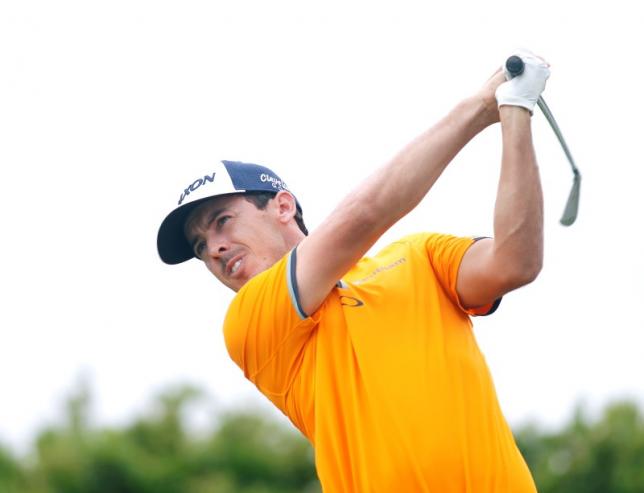 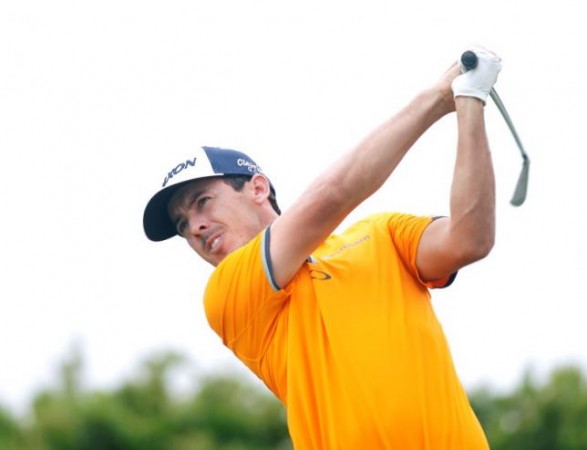 Rookie Jon Curran shot 6-under-par 63 and tied for the lead with Jimmy Walker and Steven Bowditch of Australia midway through the AT&T Byron Nelson at rain-soaked TPC Las Colinas in Fort Worth, Texas.

The start of the second round was delayed three hours by heavy overnight rain on the already soggy course and the par-4 14th hole, which normally plays to 406 yards, was shortened to a 104-yard par-3 because the fairway was under water.

The 28-year-old Curran, who won the 2014 Brasil Champions on the Web.com Tour but does not have a title on the PGA Tour, birdied five of the first seven holes after starting on the back nine and claimed the lead when he hit his approach shot from 164 yards to within three feet for a closing birdie.

“You know, I got off to a pretty good start, hit some really close iron shots and played some good 10-15-foot putts for birdies that I haven’t been making recently,” said Curran, who lost in a playoff to Alex Cejka in the Puerto Rico Open in March to record his best finish on the PGA Tour.

“In a round to make three or four of them and get some momentum and make some birdies, and so I think that was probably the big difference today. I played nicely today.  Hit a lot of fairways, hit a lot of greens and was dialing in with my irons. … A great day.”

Walker, who won the Valero Texas Open in March for his fifth PGA Tour victory in his last 41 starts, followed an opening 64 with a 66 that included four birdies on the back nine, while first-round leader Bowditch came back from his 62 with a 68 that included three late birdies.

Cameron Percy of Australia eagled the seventh hole while finishing on the front side and recorded a 64 that left him one shot behind in a tie for fourth with Ryan Palmer, who had a 66.

Nick Watney of Davis and Fresno State posted a bogey-free 65 and was two strokes back in a tie for sixth with Hunter Mahan (64), Jonathan Randolph (65), Jerry Kelly (64) and rookie Tony Finau, who was 4-under for the day through 16 holes when darkness halted play.

Local favorite Jordan Spieth, the Masters champion, carded a 64 and was another shot behind in a tie for 11th that included John Merrick of Long Beach and UCLA, who totaled 67, and Zach Johnson, who also came in at 64.