COURSE OF THE MONTH: Rancho San Marcos in Santa Barbara 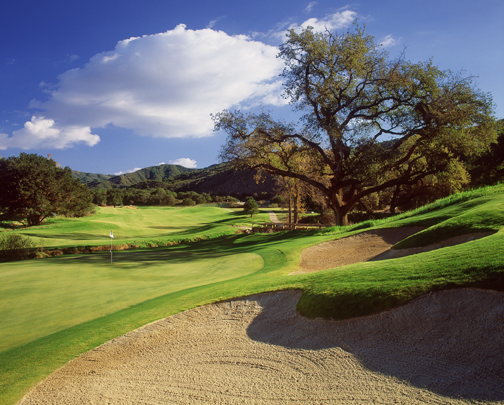 There might not be a more bucolic setting for golf on the West Coast than Rancho San Marcos, a rustic beauty built in 1998 on a historic ranch near Santa Barbara that incorporates hills, lakes, rolling terrain and wooded areas into the layout. Robert Trent Jones Jr. also infused both nines with distinct personalities, with the front side laid out alongside the rock-strewn Santa Ynez River and the fairways taking turns being open and tree-lined. Getting to the back nine is almost as much fun as playing it as the path takes you up to the 10th tee and the start of some fabulous scenery from there to the 18th hole. Back-to-back par-3s at Nos. 13 and 14 provide stunning overlooks of the Santa Ynez Valley and Lake Cachuma. There’s also no housing in sight, except for a few preserved 19th century adobe structures. It’s almost enough to make a player want to set down roots, but sticking around for four or five hours is pretty cool as well. Visit rsm1804.com.