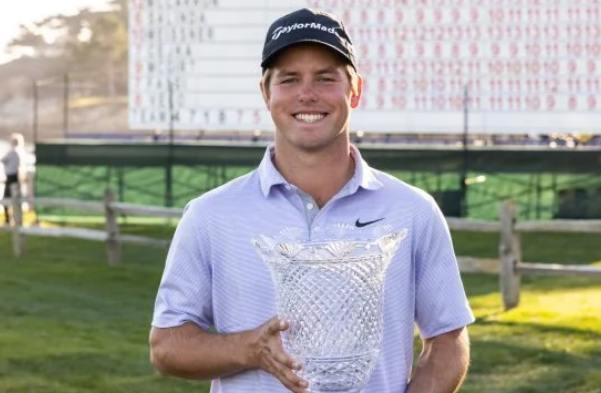 The tournament was played over four days at Pebble Beach, The Links Spanish Bay and Spyglass Hills Golf Course.

“This was by far the best course conditions I’ve ever played on the most amazing time I’ve had playing in an event,” said Coody, who claimed his first professional victory in his sixth pro start start by eighth strokes in August at the CentrePort Canada Rail Park Manitoba Open in the PGA Tour Canada.

The 22-year-old Coody, who helped Texas win the NCAA Championship earlier this year while finishing second in the individual standings, posted a score of 69-68-64-69—270, 18-under par and was the only player to break 70 in each round.

The finish by Stephenson equaled the best by a woman in the tournament in recent years, as Mina Harigae of Monterey also was runner-up in 2018, but the last time before that when a woman finished second was Annika Sorenstam of Sweden in 1999.

Not only that, Stephenson’s 64 broke the women’s course record at Spyglass Hill.