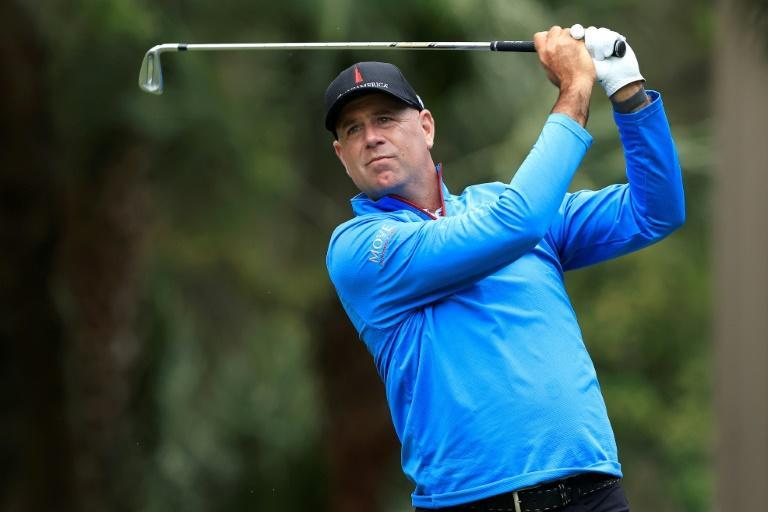 Stewart Cink is not acting his age.

The 47-year-old Cink carded a second straight 8-under-par 63 to take a five-stroke lead over Corey Conners of Canada midway through the RBC Heritage at Harbour Town Golf Links in Hilton Head Island, S.C.

“I like this golf course, I have a lot of experience and know my way around here, and there hasn’t been too much wind so far,” said Cink, who won this tournament in 2000 and 2004. “I’ve been able to hit the ball in all the right spots and keep it out of the bad spots. Good execution has led to good scores.

“I love playing golf and don’t want to stop doing this. The players coming out here are getting younger and better every year, so I have to keep betting better myself and getting more out of myself. I just try to control what I can control.

“I just want to stay in the moment.”

Cink, who claimed his seventh PGA Tour victory and first since the 2009 Open Championship early this season in the Safeway Open, sank a nine-foot eagle putt on the second hole and added six birdies while recording a tournament record 16-under 126 for 36 holes. He made a bogey on his first hole of the opening round and none since.

Conners, whose only PGA Tour victory came in the 2017 Valero Texas Open and is coming off a tie for eighth in the Masters, collected six birdies while finishing a 64 on the front nine, while Emiliano Grillo of Argentina birdied the last two holes in another 64 and is six shots back in solo third. Grillo is the only player bogey-free for 36 holes.

“A lot of positives and I feel really good about my game,” said Conners, who bounced back from a double-bogey 6 on the 14th hole. “I hit a lot of really nice iron shots the past few days and felt really good with the putter as well. I’m giving myself lots of chances and was really nice to see some go in. Hopefully can keep that going into the weekend.

“I’ve been playing really well and if I just trust my game and play with the confidence I have, good things are going to happen. So hopefully I can keep that up for a few more days, but I definitely feel like I’m in control.”

Fourth-ranked Collin Morikawa of La Canada Flintridge and Cal posted a bogey-free 68 and is one more down in a tie for fourth with first-round leader Cameron Smith, who followed his 62 with a 71, Sungjae Im of South Korea, who sank a five-foot eagle putt at No. 2 in a 65, and Billy Horschel, who birdied two of the last four holes in a bogey-free 67.

Wesley Bryan, who claimed his only PGA Tour victory in the 2017 RBC Heritage, made a 12-foot eagle putt on the second hole in a 66 and is eight strokes behind in a tie for eighth with Tom Hoge, who totaled 67, and Harold Varner III, who sank a 14-foot birdie putt on the last hole to cap a 68.

Top-ranked Dustin Johnson is tied for 19th after a 67 that was highlighted by a 20-foot eagle putt at No. 2, while ninth-ranked Webb Simpson, the defending champion, shot 68 and is in a tie for 40th that includes eighth-ranked Tyrrell Hatton of England, who bounced back from a 73 with a bogey-free 66.

Tenth-ranked Patrick Cantlay of Los Alamitos and UCLA totaled 71-71—142 and missed the cut by two strokes.