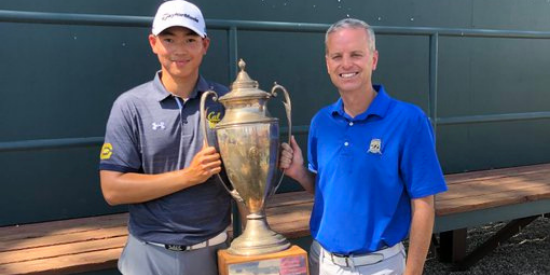 Tony Chen of China, a freshman at Cal, held on for a one-stroke victory over five other golfers in the 97th California State Fair Championship on the Alister Mackenzie Course at Haggin Oaks Golf Complex in Sacramento.