Cauley leads RBC Heritage by 2 with 63 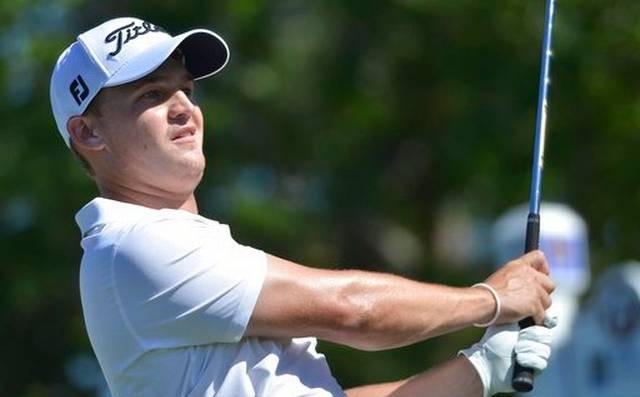 Bud Cauley birdied four of the last five holes, including the last three, to shoot a bogey-free, 8-under-par 63 and take a two-stroke lead over Luke Donald of England, Graham DeLaet of Canada and Sam Saunders after one round of the RBC Heritage at Harbour Town Golf Links in Hilton Head Island, Calif.

Cauley missed by one shot his career-best of 62 shot in the 2012 McGladrey Classic, and by two the tournament record of 61 shared by David Frost of South Africa and Troy Merritt.

“You never go out thinking you’re going to shoot that,” said Cauley, whose only pro victory came in the 2014 Hotel Fitness Championship on the Web.com Tour. “I just got into the round and was swinging well and tried to give myself as many looks as I could.

“The last five holes I hit every shot just kind of how I was looking. So that was a nice way to finish.”

Donald, who has finished second four times and third twice at Harbour Town, sank a four-foot eagle putt on the second hole en route to his 65, which DeLaet matched with six birdies in a span of 13 holes in a bogey-free round, and Saunders, who also did not make a bogey and birdied the last three holes.

Russell Henley, who won the Shell Houston Open two weeks ago, carded a 66 to tie for fifth with Shane Lowry of Ireland, Danny Lee of New Zealand, Ian Poulter of England, Ben Crane and Webb Simpson.

Matt Kuchar, who won the tournament in 2014, totaled 68 and was in a tie for 19th that included defending champion Branden Grace of South Africa and two-time Heritage winner Jim Furyk.