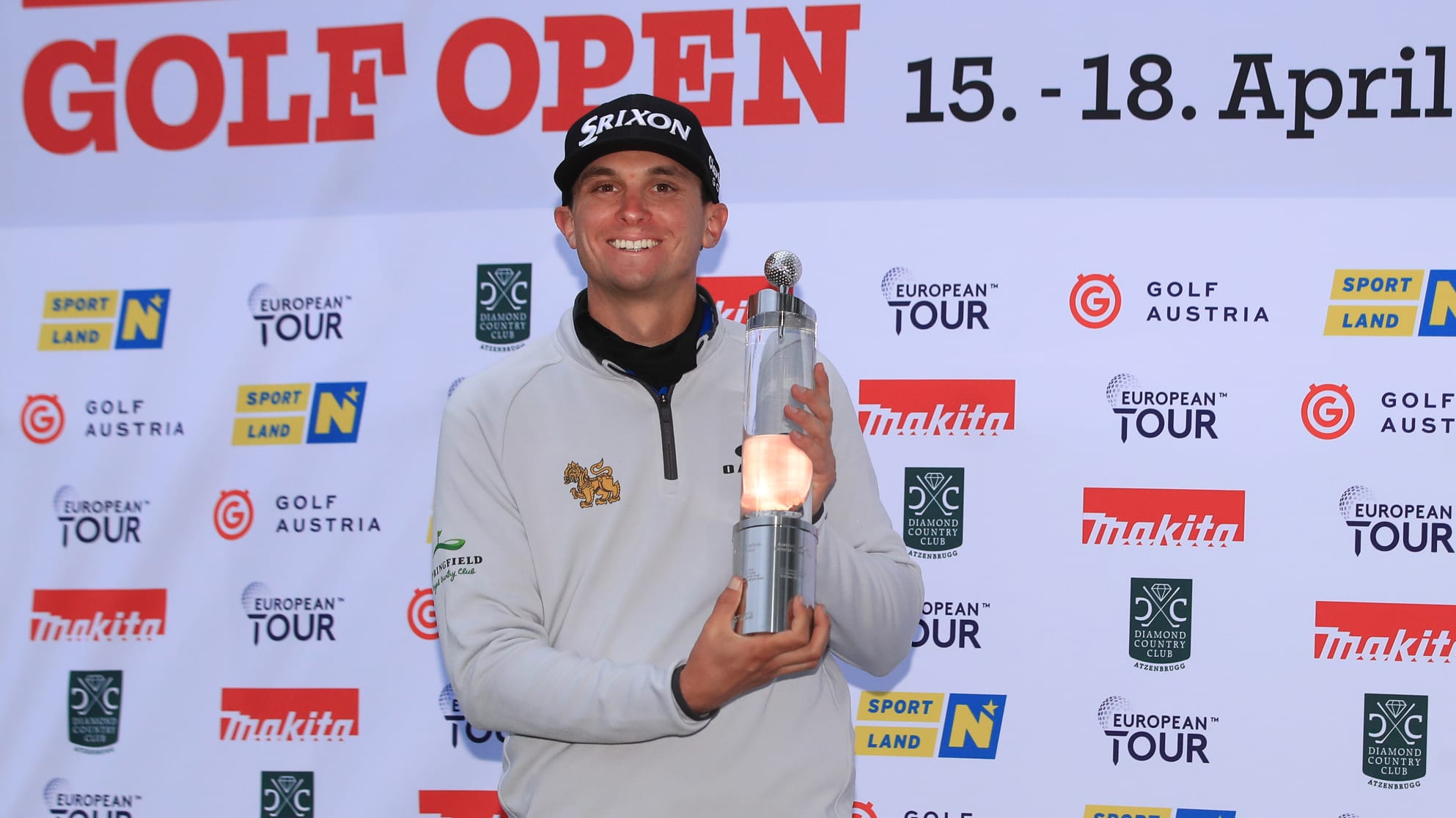 John Catlin of Sacramento has become a consistent winner on the European Tour.

The 30-year-old Catlin needed only a bogey on the fifth playoff hole to turn back Maximilian Kieffer of Germany and capture the Austrian Golf Open in chilly conditions at Diamond Country Club in Atzenbrugg, Austria—about 30 miles from Vienna.

“Winning is never easy, it doesn’t matter what tour you’re playing on, and to have gotten this one is definitely something special,” said Catlin, who won both the Estrella Damm Andalucia Masters and the Dubai Duty Free Irish Open in September, and has 10 victories around the world in his career.

“I’d love to crack that top 50 in the world, just get a chance to play in some major championships. I’ve actually never played in a major. I’m thinking this gives me a very good chance to play in the PGA Championship (on May 20-23 at Kiawah Island Resort in South Carolina). That was kind of my goal.

“Hopefully it’s good enough and to get into those events and to have the chance to win a major, that’s been my goal since I was a kid.”

Kieffer sank a 30-foot birdie putt on the third playoff hole, but Catlin answered with his own birdie from seven feet to stay alive, and on the fourth extra hole Catlin made a brilliant par save from a greenside bunker to keep the playoff going.

On the final hole of the day, Kieffer hit his tee shot and two more from the drop zone into the water en route to a quadruple-bogey 7, and Catlin again hit into a greenside bunker but his bogey was enough to win.

“It’s always tough to watch that happen,” Catlin said. “We’re out here giving it our all, he’s obviously a very, very accomplished player, and to come out on top is something I will always cherish.”