Burns Up By 1 Over Day, Ortiz in Houston 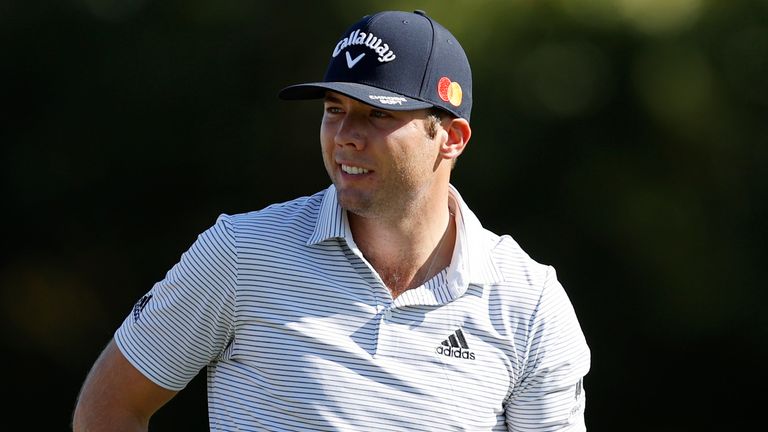 It looked like Sam Burns might head to the final round of the Vivint Houston Open in second place, but then Jason Day of Australia stumbled.

Day three-putted from 19 feet with a chance to take the outright lead on the final hole and handed 36-hole leader Burns a one-stroke margin over Day and Carlos Ortiz of Mexico after three rounds at Memorial Park Golf Course in Houston.

This is the 73rd edition of the tournament and the first time it is being played at Memorial Park since 1963.

The 24-year-old Burns, whose only pro victory game in the 2018 Savannah Golf Championship on the Korn Ferry Tour, believes he’s ready for the challenge of going head-to-head with former world No. 1 Day in the final round after playing with Tiger Woods on the last day of the 2018 Honda Classic.

“That day really challenged me,” said Burns, who shot 68 to 70 for Woods and finished in a tie for eighth. “I think it was good for me to see that I was capable of being able to do that in a pressure-packed situation like that. Tomorrow’s a similar situation.

Day collected five birdies before his struggles on the 18th hole while shooting 67, and Ortiz had four birdies, one on a seven-foot putt at No. 16, and a single bogey in his own 67.

“Unfortunately, I just gave (the birdie putt on No. 18) a little bit too much gas,” said Day, who tied for fourth in the PGA Championship at TPC Harding Park in San Francisco in August and has won 12 times on the PGA Tour, but not since the 2018 Wells Fargo Championship.

“Overall, it was a solid day. I think I drove it nice, hit a lot of good iron shots and I was just very patient out there today, so it was good to see. Looking forward to tomorrow.”

Sepp Straka of Austria made four birdies in six holes on the front nine en route to a 66 and is two strokes back in fourth, followed one more back in fifth by top-ranked Dustin Johnson, who sank an 11-foot birdie putt on No. 17 in a bogey-free 66.

Aaron Wise of Lake Elsinore made a bogey on the last hole, but still finished at 69 and is four down in a tie for sixth with Dawie van der Walt of South Africa, who made four birdies on the front nine and three bogeys on the back in another 69.

Hideki Matsuyama of Japan collected four birdies on the back nine in a 66 and is five strokes behind in a tie for eighth with reigning Open champion Shane Lowry of Ireland (68), Tony Finau (68), Michael Thompson (67) and Patton Kizzire (70).

Former No. 1 Brooks Koepka, coming back from back and hip injuries, made six birdies while equaling the low score of the day at 65 and is in a tie for 13th that includes 10th-ranked Tyrrell Hatton of England, who wound up at 67 with two birdies in his last five holes.

Adam Scott, the 2007 Houston Open champion, struggled to a 74 and is tied for 34th, while defending champion Lanto Griffin is tied for 54th after a 71.