Block Is SCPGA Player of Year for 7th Time 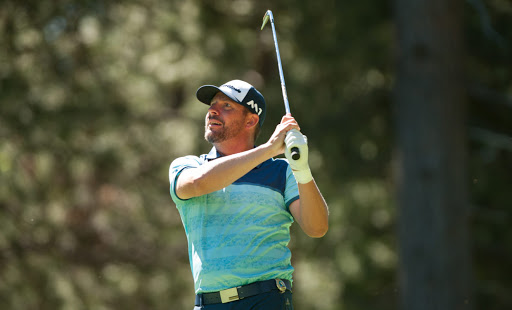 Michael Block of Trabuco Hills Golf Club in Mission Viejo claimed the Southern California PGA Player of the Year Award for the third straight time and seventh in eight years by winning three tournaments during the 2020 season.

Block, who also took the award in 2013-14-15-16-18-19, teamed with Steve Saunders of Temecula Creek Inn at Dove Canyon Golf Club earlier this month in the final event of the year to win the SCPGA E-Z-Go Pinehurst Championship for the second straight year.

Block finished with 640.9 points in the SCPGA Player of the Year standings, while Kyle Mendoza of the Farms Golf Club in Rancho Santa Fe was second with 502.28, followed by Vinnie Poncino of San Clemente Golf Course with 399.91.

Curdt finished with 273.75 points, while Lehua Wise of Hideaway Golf Club in La Quinta was second at 218.75, with Erika Ilagan of SeaCliff Country Club in Huntington Beach was third at 180.00.

Wilkins finished with 265 points, followed by Lynda Jensen of Toscana Country Club in Indian Wells with 237.50, and Bari Brandwynne of Los Angeles Country Club at 210.00.