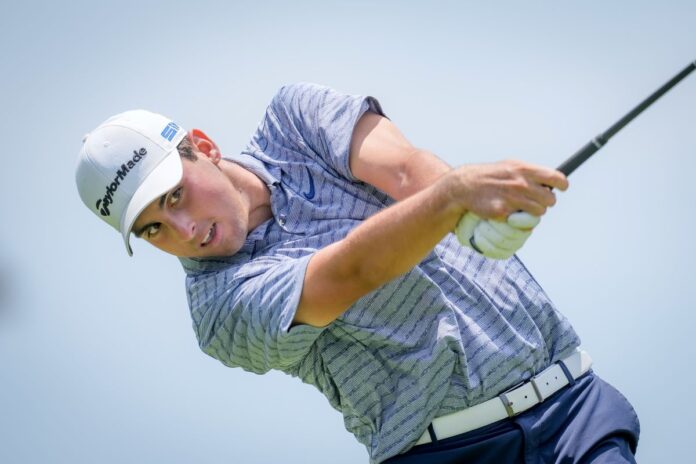 Gavin Aurilia of Phoenix, an incoming freshman at USC, captured the Boys 15-18 Division by four strokes over Matthew Broder of San Diego in the IMG Junior World Championships at Torrey Pines Golf Course in La Jolla.

The 17-year-old Aurilia is the son of infielder Rich Aurilia, who played 15 seasons in the major leagues with the San Francisco Giants, San Diego Padres, Seattle Mariners and Cincinnati Reds before retiring in 2009.

“I played club baseball until I was 11, but I didn’t like to practice,” the younger Aurilia said. “I just lost my interest in it when my dad retired. He started to play a lot of golf and I just wanted to play golf with my dad.

“I just stuck to my game plan today. The last four holes were really tough with the wind, so at that point I was just trying to get to the clubhouse with pars. The question was whether if I should keep playing aggressively or conservatively and just get my pars. I’ve been in that situation before where I’ve played conservatively with the lead and it didn’t work out too well. Defensive golf can lead to bogeys.

“‘Stay steady and have them chase you,’ my father told me. ‘You’re leading the tournament for a reason. Just keep playing your game, and you’ll win.’”

Aurilia will play next week in the U.S. Junior Championships at the Country Club of North Carolina in Pinehurst, N.C.