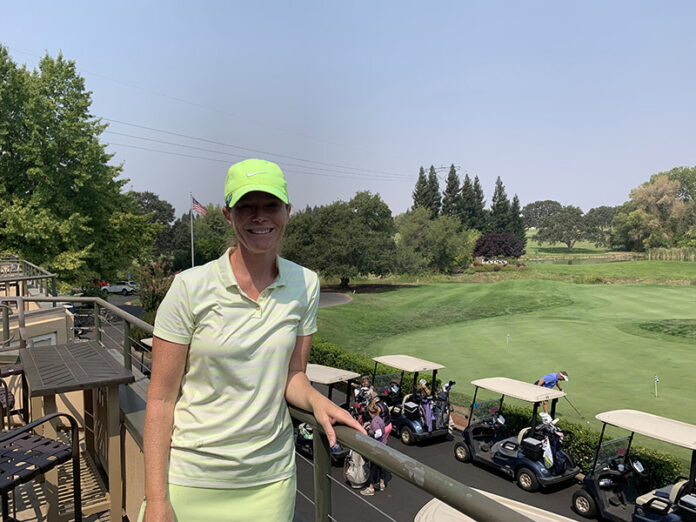 The Eclectic Tournament is played at stroke play over two days, with the golfer’s score taken from the lower of the two scores made on each of the 18 holes.

Anderson, who was captain of the 1999 University of California Women’s Golf Team and won the 2001 San Francisco Women’s City Championship and the 1996 Santa Cruz City Amateur, posted a score of 4-under-par 68.

After making only one birdie on the first day, Anderson had three in a row through the seventh hole and a total of four on day two on her way to the title.

Carney, playing on her home course, made a total of five birdies to finish second at 70, followed Yao Guo of Sacramento at 75 and Monica Nowak of Santa Rosa at 76.

Terry Billingham of Discovery Bay shot 79 to tie for fifth with Theresa Grandi of Elk Grove, Karen Olson of Chico, and Nancy Viera, also of Chico.

Debbie Wall of Lodi was ninth at 8, followed by Lori Dedier of Elk Grove at 82.

Christine Anderson of Chico totaled 80 and tied for the title with Sally Pearson, also of Chico, in Flight B, while Gina Davis of Chico won Flight C at 86.

Carney tied for the title in Net Flight A with Nowak and Viera at 64, while June Park of Half Moon Bay won Net Flight B at 59, and Linda Fitzmaurice of Lincoln Hills tied for the Net Flight C title with Sue Osterholt of Chico at 65.