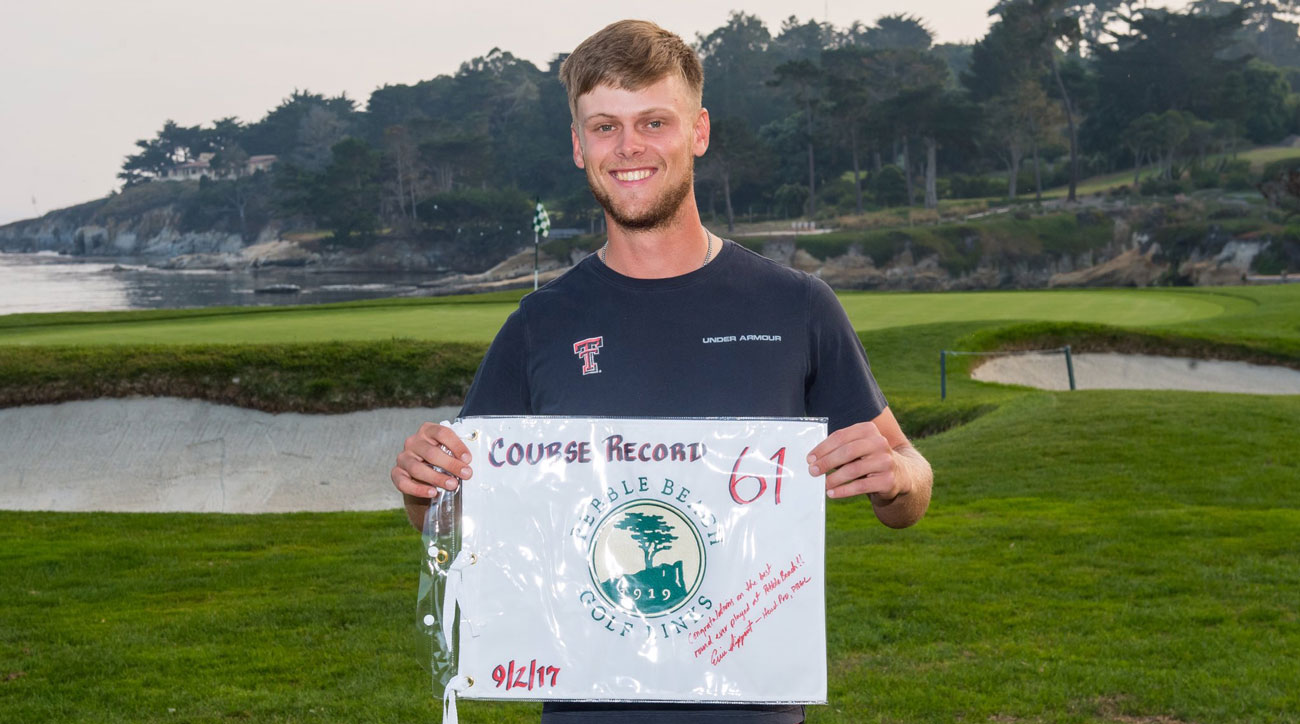 Hurly Long, senior at Texas Tech, broke the course record at legendary Pebble Beach Golf Links by shooting 11-under-par 61 and went on to claim the individual title in the Carmel Cup, with Oklahoma State winning the team championship.

“Pebble Beach is just a special place,” said Long, who broke by one stroke the record of 62 set by Tom Kite during the 1983 Bing Crosby National Pro-Am and equaled by David Duval the 1991 tournament.

“I was talking about it with my teammates, where else in the world would you want to have the course record? Maybe Augusta National? It’s a huge, huge honor. It’s very surreal.”

Added Red Raiders Coach Greg Sands: “There aren’t words to describe it. A course like this, to have one of our guys come in here and break Tom Kite’s course record is phenomenal. This is easily one of the best, if not the best, days I have seen from a player in my 17 years of coaching.

“I said before we got started that I thought this team has the potential to do some special things this season. I would certainly think this qualifies.”

Long, who claimed his first college victory and biggest title since winning the 2016 German International Amateur, sank a 10-foot birdie putt on the famed 18th hole to cap his record round, right after holing a 45-foot birdie bomb on the 17th.

His record round included 10 birdies, an eagle at No. 6, where he holed a shot from a greenside bunker, and a single bogey at the eighth hole, where he flew the green with his approach shot.