Koepka 2 up on Spieth in AT&T Byron Nelson 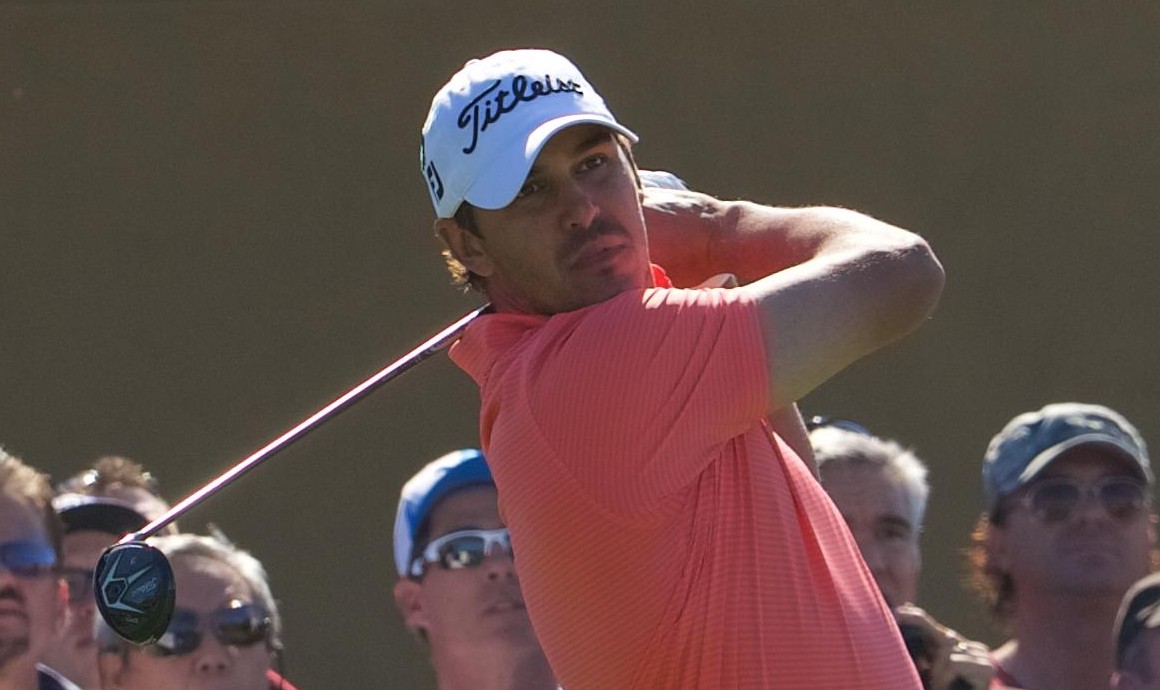 Brooks Koepka outplayed hometown-favorite Jordan Spieth head-to-head and forged a two-shot lead over Spieth heading to the final round of the AT&T Byron Nelson on at TPC Las Colinas in Irving, Texas.

“Jordan’s got a lot of support here, which is cool to see, but he should–he’s grown up here and it’s his hometown,” said Koepka, whose only PGA Tour victory came in the 2015 Waste Management Phoenix Open. “There are so many people out there cheering him. I really don’t care–it doesn’t bother me.

“It’s nice to go into the final round with a two-shot lead. Today I hit the ball terrible. It wasn’t anything to brag about at all. But I feel like I’m putting into an ocean right now. We switched putters two weeks ago and it’s got a real soft feel, rolls right away.

“We’ve worked hard over the last year trying to improve the short game and putting and it let me hang in there today.”

Bud Cauley also made bogey the 18th hole to complete a 68 and fall three shots back into a tie for third with Matt Kuchar (65) and first-round co-leader Sergio Garcia (68).

Kyle Reifers was alone in sixth, four shots behind, after a 65, while Tom Wilkinson shot a third round-best 63and was another stroke down in a tie for seventh with Gary Woodland (64), Steve Marino (66) and Bryce Molder (68)

Second-round leader Ben Crane posted a 72 and was six shots back in a tie for 11th.

Spieth held a one-stroke lead over Koepka and Cauley when he stepped to the tee at the par-4 14th but he hit his drive into the water to the left of the fairway, en route to a bogey-5 that he saved with a 23-foot putt.

Koepka, on basically the same line as Spieth for his 20-foot birdie putt, poured it in to complete a two-shot swing, turning a one-stroke deficit into a one-shot lead.

One hole ahead at the 15th, Cauley canned a twisting 12-foot par putt to stay within a stroke of the lead.

Koepka expanded his lead to two strokes on the par-5 16th when he chipped his third shot from right of the green to within two feet and converted the birdie chance.

Spieth also had an opportunity for birdie, but lipped out an eight-foot putt. He made the best of another chance at the par-3 17th with a 19-foot birdie putt that cut Koepka’s advantage back to a single stroke.

“I was in some really, really tough spots and it was a very stressful round of golf to play because I just don’t have confidence over the ball right now,” said Spieth, who is coming off his meltdown in the final round of the Masters and a missed cut in the Players Championship. “It’s very frustrating and actually putting incredible to still be in this tournament.

“I’ve got to find at least a ball flight that I can play to where I don’t have to try and hit iron off the 18th tee because I don’t know where the woods are going to go. It’s something that I can certainly get by the time I tee off tomorrow, with the right feel on the range and at least seeing a couple of them on the golf course.”

Koepka got the stroke back on the par-4 18th when he sank a nerveless 10-foot par putt and Spieth missed his par putt from nine feet after pushing his tee shot into the woods to the right of the fairway.