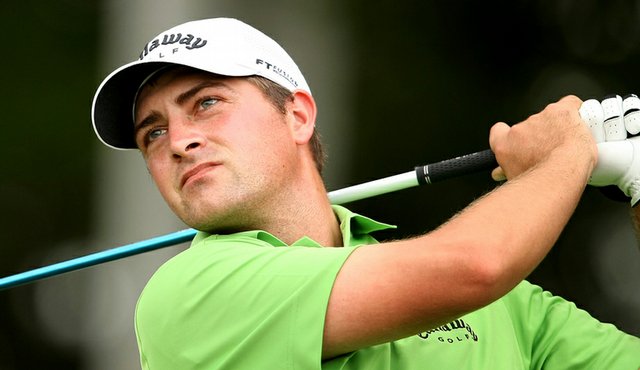 Brian Stuard, who leads by one stroke, and the other leaders never hit a shot in the third round on Saturday as play in the Zurich Classic of New Orleans was halted early in the afternoon when a thunderstorm rolled through TPC Louisiana in Avondale, La., and dropped 1.5 inches of rain.

Stuard, seeking his first pro victory, finished off a 4-under-par 68 in round two on Saturday morning, making four birdies while closing on the front nine to take a one-stroke lead over Jamie Lovemark (66) and Jhonattan Vegas (69) of Venezuela, who finished their second rounds on Friday.

“Obviously, it would be great (to win),” said Stuard, who is playing in his 101st tournament on the PGA Tour, with his best results runner-up finishes in the 2010 and 2014 OHL Classic at Mayakoba.

“But … we have a long way to go. I’m just kind of focusing on the next shot, and we’ll see what happens.”

Top-ranked Jason Day of Australia was five strokes back in a tie for 10th after a second-round 68.

“You’ve got to try and stay in the right frame of mind mentally,” said Day, who has won seven times in the last 15 months. “Try and keep yourself loose. Because there is a lot of sitting around, a lot of eating, and all that other stuff. But you’ve got to try and remind yourself that you need to stay sharp.”

Six of the last seven rounds in the tournament have experienced either a weather delay and/or have been shortened by darkness.

Play will continue at 7:30 a.m. (CDT) on Sunday and tournament officials still hope to get in all 72 holes.