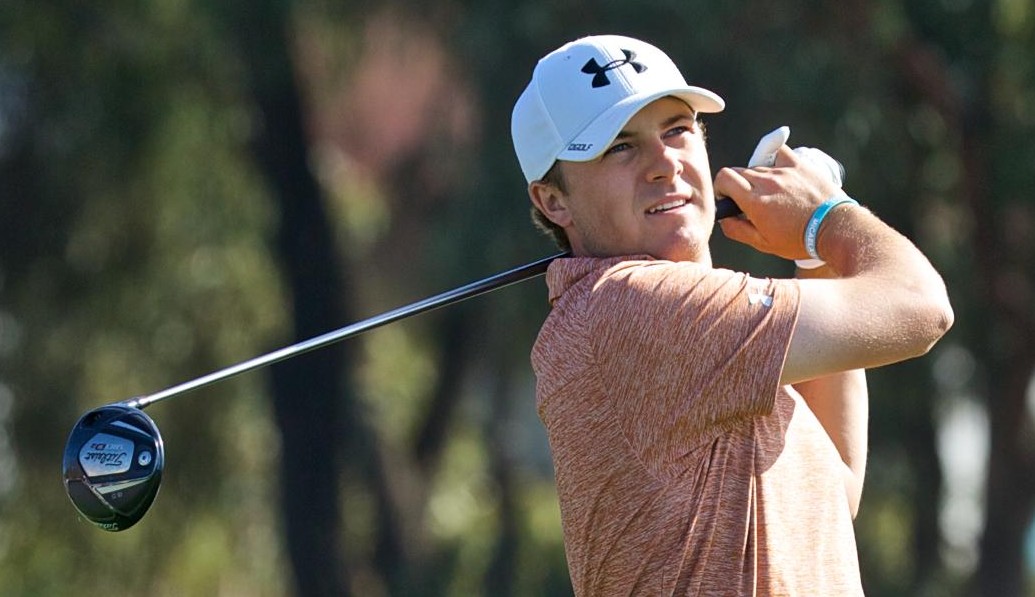 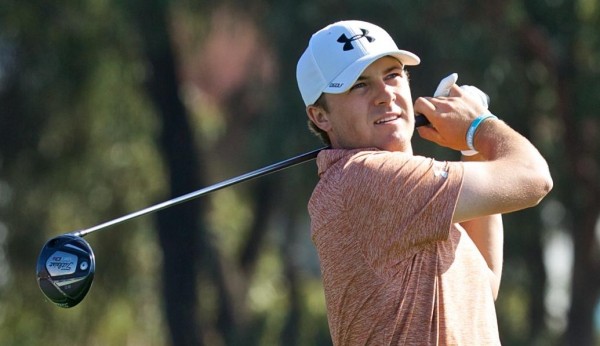 1. Jordan Spieth, United States — The way he is playing, Spieth is the favorite every time he tees it up. He leads the PGA Tour with four victories this season, including the Masters and U.S. Open, and he finished second three times, third once and fourth twice. The last time we saw him, Jordan tied for fourth in the Open Championship at St. Andrews while trying to win a third straight major. He wound up one stroke out of the playoff won by Zach Johnson. Spieth finished 49th in his first appearance in the WGC-Bridgestone Invitational last year, failing to break 70 in any of his four rounds at Firestone. He has yet to win a WGC title, but this might be the time.

2. Dustin Johnson, United States — Johnson’s last two victories came in World Golf Championships, the 2013 HSBC Champions in China and the Cadillac Championship at Doral in March. He will try to become the third player to claim two WGC titles in one season, as Tiger Woods did it six times and Phil Mickelson pulled off the feat in 2009. However, even though his length off the tee would seem to be an advantage at Firestone, he does not have a top-10 finish in five starts in the WGC-Bridgestone Invitational. His best result on the South Course was solo 15th in 2009. He also tied for 19th in 2012. Johnson hopes to add to a strong season that includes seven top-10 finishes.

3. Jason Day, Australia — Coming off his second victory of the season and the fourth of his PGA Tour career in the RBC Canadian Open, Day will return to the WGC-Bridgestone Invitational, which he left early last year. He withdrew two holes into the third round at Firestone because of dizziness, and he since was diagnosed with vertigo, which troubled him earlier this year. The Aussie’s best result in five starts on the South Course was a tie for fourth in 2011, when he opened with a 63. Day has one WGC title to his credit, the 2013 Accenture Match Play Championship, when he outlasted Victor Dubuisson of France on the 23rd hole in the final at Dove Mountain near Tucson, Ariz.

4. Rickie Fowler, United States — Even though he didn’t win last season, Fowler showed he was on the verge by finishing in the top five in all four majors. He followed that up with another strong season. The highlights were his victories in the Players Championship and the Aberdeen Asset Scottish Open, and he backed up those results with a second in the Quicken Loans National and a tie for third in the WGC-HSBC Champions in China. Fowler has never won a World Golf Championships event. His best result was a tie for second in the 2011 WGC-Bridgestone Invitational, four shots behind Adam Scott. He also tied for eighth last year on the South Course at Firestone, where he posted three 67s.

5. Adam Scott, Australia — Although he has yet to win with Steve Williams back on the bag, Scott returned to form in his past two outings with a tie for fourth in the U.S. Open at Chambers Bay and a tie for 10th the Open Championship at St. Andrews. Before that, he had only one top-10 result this season, a tie for fourth in the WGC-Cadillac Championship. Scott should be a threat in the WGC-Bridgestone Invitational at Firestone, where he claimed his only WGC title in 2011 by four shots. He led all the way after opening with an 8-under-par 62. Last year, Scott was in the hunt on the South Course with scores of 69-68-65 before closing with a 71 to tie for eighth, his fifth top-10 finish in the event.

6. Bubba Watson, United States — Other than a missed cut in the Open Championship at St. Andrews, Watson has played well in his last four starts: a playoff victory in the Travelers Championship, a tie for 13th in the Greenbrier Classic and a runner-up finish in the RBC Canadian Open. Those results continued a strong season in which he also claimed his first World Golf Championships title in the HSBC Champions in China in November, in addition to a tie for second in the Waste Management Phoenix Open and solo third in the WGC-Cadillac Championship. Watson’s length should suit him in the WGC-Bridgestone Invitational at Firestone, but his best finish in five starts on the South Course was a tie for 19th in 2012.

7. Justin Rose, England — Rose is on quite a run since tying for second in the Masters in April, winning the Zurich Classic of New Orleans, losing to David Lingmerth of Sweden in a playoff at the Memorial, tying for sixth in the Open Championship at St. Andrews and tying for fourth in his title defense in the Quicken Loans National. He should be a contender again this week in the WGC-Bridgestone Invitational, where he was in the chase before tying for fourth last year. He also tied for second at Firestone in 2007, tied for fifth in 2012 and was solo fifth in 2002. His only World Golf Championships title came in the 2012 WGC-Cadillac Championship at Doral, where he beat Bubba Watson by one stroke.

8. Louis Oosthuizen, South Africa — Oosthuizen has only one victory on the PGA Tour, the 2010 Open Championship at St. Andrews, but his name is popping up on leaderboards throughout this season in the big events. He tied for 14th in the WGC-HSBC Champions, tied for sixth in the WGC-Cadillac Championship, tied for 19th in the Masters, tied for fifth in WGC-Cadillac Match Play Championship, tied for second in the U.S. Open and lost to Zach Johnson in a playoff at the Open Championship. Oosthuizen has never won a WGC event, but he has a good record in four starts in the Bridgestone Invitational at Firestone, including solo fourth in 2012 and a tie for ninth in 2010.

9. Zach Johnson, United States — Well-rested after three weeks off to celebrate his second major title in the Open Championship at St. Andrews, Johnson hopes to continue a recent hot streak. He finished fifth in the AT&T Byron Nelson, and after tying for 72nd in the U.S. Open, he finished sixth in the Travelers Championship and tied for third in the John Deere Classic ahead of his victory in the third major of the year. Johnson finished out of the top 20 in only two of his past 12 starts, and he has played well in the WGC-Bridgestone Invitational. His eight top-25 results in 11 starts at Firestone include a tie for fourth in 2013, a tie for sixth in 2011 and a tie for ninth in 2005.

10. Phil Mickelson, United States — Mickelson hasn’t been very consistent this season, but he has had his moments with a tie for second in the Masters, a tie for fourth in the Wells Fargo Championship, a tie for third in the FedEx St. Jude Classic and even a tie for 20th in the Open Championship at St. Andrews. His game can show up out of nowhere, and he will bear watching this week in the WGC-Bridgestone Invitational at Firestone, where he captured the old World Series of Golf in 1996. Mickelson has five top-10 finishes in the Bridgestone, the best being second place in 1999, one stroke behind Tiger Woods. Last year, he closed with an 8-under-par 62 and wound up in a tie for 15th.