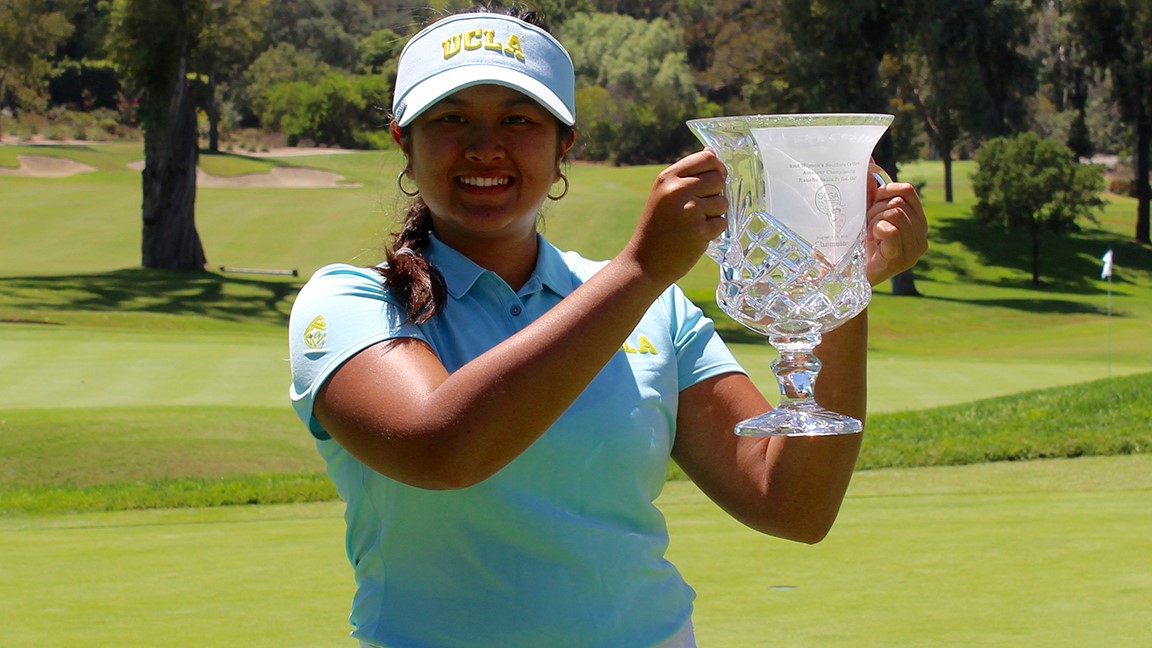 Vu, a sophomore from Fountain Valley, shot 4-under-par 68 in the final round to win the Women’s Southern California Amateur Championship by two strokes over Haley Moore of Escondido at Rancho Santa Fe Golf Club.

Nursing a one-stroke lead, Vu virtually wrapped up the title when she holed her second shot from 138 yards for an eagle on the 16th hole.

” … I couldn’t see (her eagle) go in, but I heard the spectators yelling that it did I knew I hit a good shot, and I really wanted a birdie, so it was awesome to hear it had gone in.”