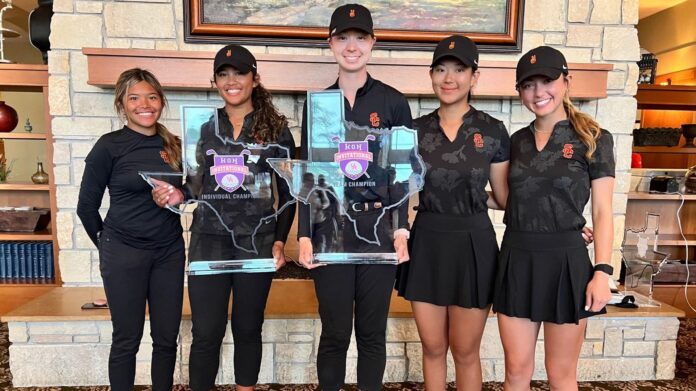 Freshman Amari Avari of USC, playing in her second college tournament, captured the individual title and led the 14th-ranked Trojans to the team title in the Icon Invitational at the Golf Club of Houston.

“It was great to see this group come out early in the final round and make a few birdies to really slam the door shut on this tournament,” USC Coach Justin Silverstein said. “A lot of smart work went into this record-setting, and I’m thrilled that this group is getting rewarded for that work.

“We look forward to getting back out to compete in Seal Beach next week with some really good West Coast schools.”

Avery, a four-time Rolex All-American from Riverside who won the 2019 California Women’s Amateur Championship, joined the Trojans at the mid-term break and recorded a winning score of 65-71-65—201, while Amy Taylor of Texas Tech was second at 68-68-66—202.

“Amari’s performance was spectacular, and we couldn’t be more proud of the way she has transitioned from high school to college,” Silverstein said.

USC plays next in the Gold Rush, which the Trojans won last season, beginning Monday at Old Ranch Country Club in Seah Beach.