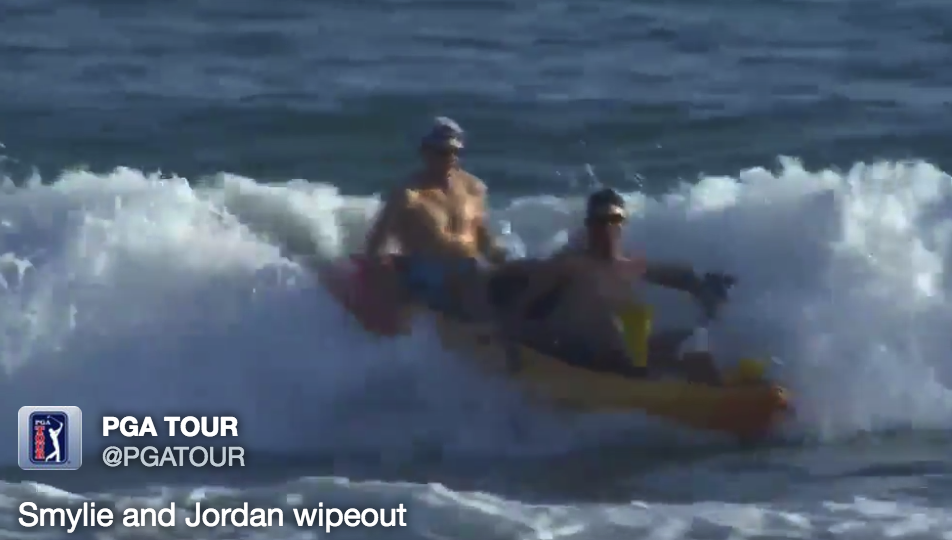 Jordan Spieth and Smylie Kaufman wasted no time taking part in outdoor activities during their down time at the Sony Open in Hawaii this week, and they may have to replace their cell phones because of it.

On Thursday, Spieth and Kaufman were paddling in a kayak together when they underestimated the power of the surf in Honolulu. As luck would have it, television cameras caught the entire thing:

Hope those cell phones were in plastic bags, guys. pic.twitter.com/xjmJH5dIY7