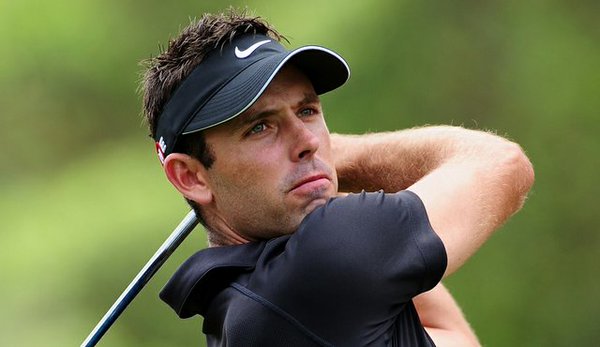 Charl Schwartzel of South Africa is starting to play the way he did when he captured the 2011 Masters.

Schwartzel, who finished third in the Masters in April and has bounced back from a recent wrist injury, shot 4-under-par 66 to tie Chez Reavie and Sebastian Munoz of Colombia for the lead midway through the FedEx St. Jude Classic at TPC Southwind in Memphis, Tenn.

“If these fairways get firm (over the weekend), you’re really going to have to try to keep it in the fairway,” said Schwartzel, who has won 15 times around the world in his career, including the 2016 Valspar Championship on the PGA Tour.

Reavie posted a bogey-free that included a 12-foot eagle putt on the 16th hole, while Munoz, who shared the lead after a first-round 64, birdied three of his last seven holes to shoot 67.

Stewart Cink, also one of the first-round co-leaders, is one stroke back in solo fourth after a bogey-free 68, while Ben Crane is one more behind in fifth following a 65.

Matt Every, the third first-round leader, carded a 70 after for early bogeys and is three shots back in a tie for sixth with Seamus Power of Ireland, who totaled 65, Relief Goosen of South Africa, who had a 68, Trey Mullinax, who shot 66, and Matt Jones of Australia, who came in at 69.

Adam Scott of Australia is tied for 11th after sinking 17-foot eagle putt on the 16th hole in a 64 that was the low score of the day, Phil Mickelson is tied for 18th following a 67, and ninth-ranked Rickie Fowler totaled 74-70–144 to miss the cut by three strokes.