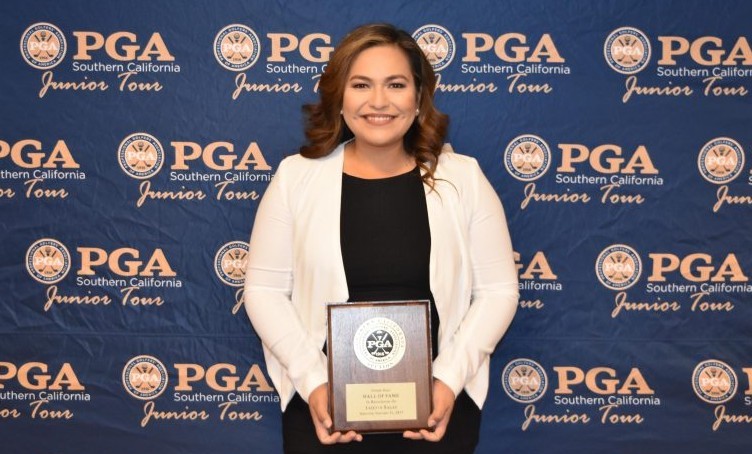 Lizette Salas, who the 2014 Kingsmill Championship on the LPGA Tour, was inducted into the Southern California PGA Junior Hall of Fame during the organization’s annual Junior Tour Banquet of Champions at Mile Square Golf Course in Fountain Valley, Calif.

The 27-year-old Salas, who grew up in Azusa, Calif., was a two-time All-American at USC and was selected Pacific 10 Conference Player of the Year in 2009 and 2010 after a standout junior career in Southern California.

Salas also played on the victorious United State team in the 2015 Solheim Cup.