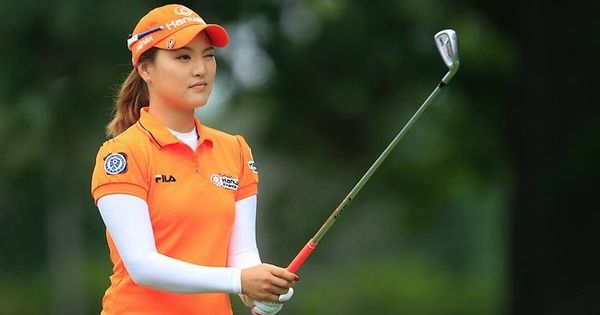 So Yeon Ryu posted a bogey-free course-record of 9-under-par 63 to take a two-stroke lead over Candie Kung of Taiwan and Haru Nomura of Japan after one round of the Swinging Skirts LPGA Classic at Lake Merced Country Club in Daly City on the outskirts of San Francisco.

Ryu, who broke the record of 65 set by Brooke Henderson of Canada in the second round last year, started at No. 10 and birdied seven of the last eight holes on the back nine before adding birdies on the second and sixth holes.

“I was kind of lucky to tee it off really early,” said Ryu, the 2011 U.S. Women’s Open champion who has won three times on the LPGA Tour after claiming nine victories on the LPGA of Korea Tour. “I had a really fresh greens, no wind.

“Also, San Francisco is really cold in the morning, but this morning it was just perfect temperature. Then I think today just everything was just great. My tee shot was great. I only missed one green today. I hit 17 greens. Putting was really good.”

Nomura, who claimed her first LPGA title in the ISPS Handa Australian Women’s Open in February, had eight birdies and a single bogey in a matching 65.

Kung, who played at USC, collected nine birdies but also had two bogeys in her 65 after taking a two-week break.

“I know I needed (the break),” said Kung, who has won four times on the LPGA Tour but not since the 2008 Hana Bank Championship. “I’ve been playing good, and in Palm Springs (at the ANA Inspiration three weeks ago) I knew something was wrong.

“I had nothing in my body and I knew I needed time off. That’s what I did, I took two weeks off and here I am. I’m feeling a lot better physically and mentally.”

Xi Yu Lin of China eagled the sixth hole on her way to a 67 and was tied for fourth with Christel Boeljon of France, who had four birdies while finishing on the front nine.

Top-ranked Lydia Ko of New Zealand, the two-time defending champion in the Swinging Skirts, opened with a 68 and was tied for sixth with Catriona Matthew of Scotland, Na Yeon Choi of South Korea and Rachel Rohanna.

Ryann O’Toole of San Clemente and UCLA shot 69 and was tied for 10th with Mi Hyang Lee of South Korea, Brittany Lang, Danielle Kang of Westlake Village and Pepperdine, Wei-Ling Hsu of Taiwan, Katie Burnett and Moriya Jutanugarn of Thailand.