Rory vs. Rickie in prime time 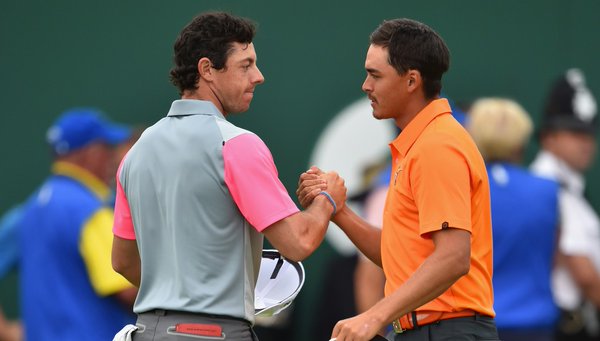 Rory McIlroy and Rickie Fowler will play in a prime-time golf event with celebrities under lights at Detroit Golf Club on June 7, the week before the U.S. Open at Merion, according to the Associated Press.

Quicken Loans is finalizing details for the match, which will be televised for the first two hours on the Golf Channel, followed by the last two hours on CBS,

A source said “Team Rory” will play against “Team Rickie,” with the celebrities and format still to be determined.

McIlroy, from Northern Ireland, is No. 3 in the World Golf Rankings heading into his first appearance at Riviera in the Northern Trust Open this week, while Fowler, who grew up in Murrieta in Southern California, is No. 4.

The most successful staged golf matches were taped and televised on “Shell’s Wonderful World of Golf” from venues around the world. The series ran from 1961 through 1970 and was resurrected from 1993 to 2004 by the Golf Channel, which still airs the epic matches that included some the game’s all-time greats.