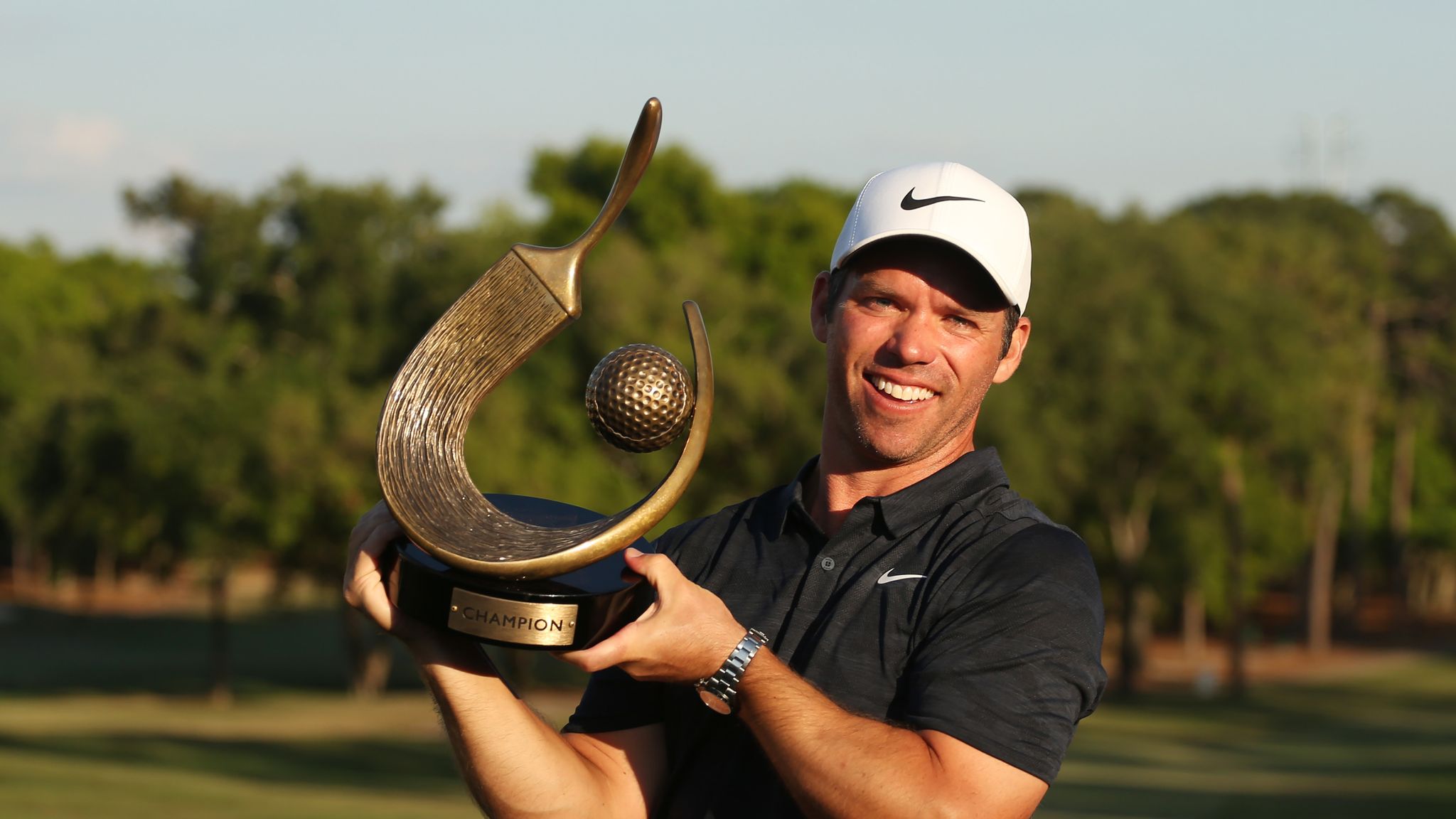 Paul Casey of England has successfully defended his title in the Valspar Championship once and he’s looking forward to doing it again.

The 43-year-old Casey (pictured), who captured the Valspar title in 2018 and 2019, finally will get the chance to win the tournament for the third straight time this week on the Copperhead Course at Innisbrook Resort and Club in Palm Harbor, Fla.

The tournament was cancelled last season because of the Coronavirus pandemic.

“We went from probably a space of 48 hours from being slightly concerned to suddenly canceling events after the NBA (suspended) their season (last year),” Casey recalled. “Obviously, it was disappointing not to defend at Valspar and now suddenly the situation was no longer about golf. It’s a whole plethora of things.

“It was worrying about people’s safety, people’s health, the economic impact of that. Look at somebody at Tampa, there’s probably going to be people who probably get sick, lose jobs, loss of income, a whole bunch of other things. It’s weird one. It’s a really strange one. It’s a strange thing.

Steve Stricker is the last player on the PGA Tour to win a tournament three straight times, achieving the feat by capturing the John Deere Classic from 2009-11, It’s been done 27 times in the circuit’s history, not surprisingly three times by Tiger Woods.

Casey, who has won 21 times in his pro career including 15 on the European Tour, captured the 2018 Valspar by one stroke over Woods and Patrick Reed by shooting 65 in the final round.

And then Casey repeated by shooting 72 and holding on for another one-stroke victory over Jason Kokrak and Louis Oosthuizen the following year, making his way through the last three holes on the Copperhead Course that are known as “The Snake Pit.”

“The Snake Pit, you’re probably always going to play that over par for the week,” Casey said. “Anybody who plays that under-par for the week is a magician. So make hay while the sun’s shining and we did that.

“But it shows how difficult this golf course is, two years running, 10-under and 8-under (to win). It’s a wonderful test of golf. I’m proud to be anybody’s champion and the Valspar Championship is a great, great golf event. So to be their champion (twice), I feel very proud and honored. …Very cool memories.”

Kokrak also is in the field again and he believes he knows how to win the Valspar Championship.

Based on the last two Valspars, that just might get it done.