PGA Tour gets breather in midst of playoffs 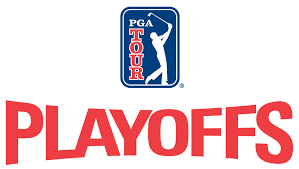 The PGA Tour season barely ends before it begins again in October, with the only real break coming around the Christmas holidays, although there is talk that changes are coming in 2018-19.

Even though the last event in the first phase of the wraparound schedule finishes near the end of November, three more unofficial events are played in December, remnants of what several years ago was known as “The Silly Season.”

After the break, the season resumes with the Tournament of Champions and the Sony Open in Hawaii in early January.

That is one reason why the 70 players remaining in the FedExCup playoffs, except perhaps red-hot Justin Thomas, are happy to have this week off before the final events of the postseason — the BMW Championship and the Tour Championship.

While the season mostly is a marathon, all of a sudden it is a sprint to the finish line at East Lake Golf Club in Atlanta.

Players such as Bubba Watson and Rory McIlory of Northern Ireland already have said they will take a long break at the end of the season, something Matt Kuchar did early this year after playing through last December.

Others took their breaks where they could sneak them in.

“My thing is just play until they tell me I can’t play anymore,” said Watson, who got an early start to his vacation when he finished outside the top 70 and didn’t qualify for the third event of the playoffs next week. “You know, truthfully, when I’m done with the playoffs, no matter where that is, I’m taking at least 4 1/2 months off. I won’t play until next year. …

“I don’t know about you, but traveling every week, my kids started kindergarten. My family’s not going to be able to travel as much anymore, so I just want time off.

“If I had to choose golf or family, I’m going family every day of the week. You understand that.”

McIlroy has had an eventful year, getting married in April, but he also has not won since the Tour Championship last October and has battled a rib injury since early in the season.

There was the chance the defending FedExCup champion was going to skip the playoffs completely, but he decided to give it a shot.

“I’m not at 100 percent, but I’m at a percent where I feel like I can still compete,” said McIlroy, who is 51st in the point standings heading to BMW Championship next week at Conway Farms Golf Club in Lake Forest, Ill.

“When’s the last time I’ve been able to take that much time off and focus on myself and my game? We don’t get an offseason anymore, so to be able to get that time to afford myself, I’m really excited about that as well.”

The season has become so long that there are discussions underway between PGA Tour officials and the players to make some alterations, in particular to the playoffs.

When the PGA of America announced last month that the PGA Championship would be moved from August to May, the dominoes began to fall, with the Players Championship moving back to March.

That leaves August open for the FedExCup playoffs, which would mean the PGA Tour would have very little, if any, head-to-head competition with the NFL and college football.

Changes to the playoff schedule apparently will come during the 2018-19 season, but nothing is official just yet.

“It’s very much up in the air,” said Jordan Spieth, who is No. 2 in the world and leads the point standings after finishing second in each of the first two playoff events. “I’m pretty involved in the talks with it, and I know it’s very much in the air still on if we were to go to a condensed schedule. … There’s still a lot of options available. There’s not much set in stone right now.

“I think a shortened, condensed season ending before football is better for us because it gives us an opportunity to have these end-of-the-season events that are big events for us. Our playoff race and our Tour Championship, and it’s not competing with football, and it can significantly help grow the sport.

“It’s an opportunity to help us grow ratings going forward, and it creates a bit more of an offseason for us. So I think it’s a win/win for us.”

Said top-ranked Dustin Johnson, No. 3 in the standings: “As far as what are they are going to maybe do with the playoffs, I think it’s a really good move for the Tour to not have to compete against football because our ratings drop a lot once football starts, especially on Sundays — Saturdays and Sundays.

“That’s just going to happen. Especially when we’re like right at the beginning of football season, but it’s the end of our season. You know, people haven’t had anything to watch other than golf for a long time, so I mean, I don’t blame them for watching football, because I probably would be, too.”

But for now, Johnson or Spieth wouldn’t mind the competition with football if either can claim the FedExCup in two weeks at East Lake.