Nicklaus hopes Tiger gets life back together 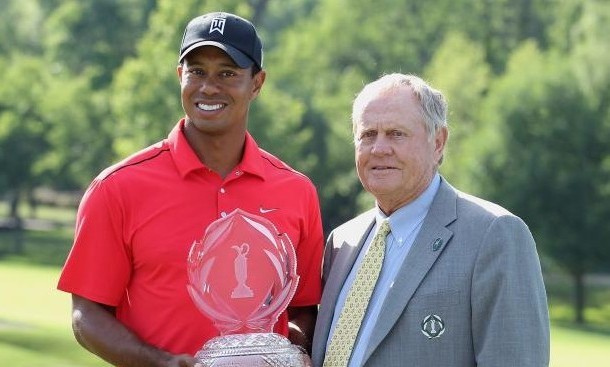 Jack Nicklaus, who has been one of Tiger Woods’ biggest supporters, no longer is so sure that Woods will return to the form that made him the best golfer in the world for more than a decade.

Nicklaus simply hopes Woods gets his life in order.

“Whether he plays golf or not, I think he’s got an awful lot to offer the youth of the country and the game itself,” the 77-year-old Nicklaus told USA Today. “Tiger’s a good kid, he cares about people and we’ll just see what happens.

“I hope he gets his life straightened out with the problems he’s had, and be able to lead a normal life, but also use what he has done and his legacy to help a lot of kids and a lot of other people.”

Woods, 41, has 79 PGA Tour victories including 14 major titles and at one time seemed a sure bet to break the records of 82 owned by Sam Snead and 18 held by Nicklaus. His last victory on the circuit came in 2013, when he won five times, and his last major victory came in the 2008 U.S. Open at Torrey Pines.

After beating Rocco Mediate in a playoff to win our national championship for the third time, he underwent surgery on his left knee, which had bothered him for several months.

“He beat everybody on one leg,” Mediate said.

In recent years, he has been beset by more injuries and personal issues.

Woods, who has undergone four back surgeries in the last three years and has not played since February, was arrested on a DUI charge near his home in Jupiter, Fla., on May 29.

After Breathalyzer tests showed no alcohol in his system, Woods said the incident was caused by prescription medication he takes for his back and a sleep disorder.

“He might come back and play — I think it’d be pretty tough for him, after getting fused, and as many problems as he’s had recently,” Nicklaus said at the Creighton Farms Invitational in Virginia, a charity fundraiser for children’s pediatric health care programs. “His problems are more life problems than they are golf problems right now.”

A spokesman for Woods announced that Tiger will not attend this week’s Quicken Loans National, the PGA Tour event which benefits the Tiger Woods Foundation. He has won the tournament twice and even though he was not going to play because of back surgery in April, he always has been on hand as the tournament host.

Woods has not returned to golf activities and their is no indication when he will play again, but he has said he felt better after the latest surgery than at any time in recent years and expects to return to the PGA Tour, and win again at some point.