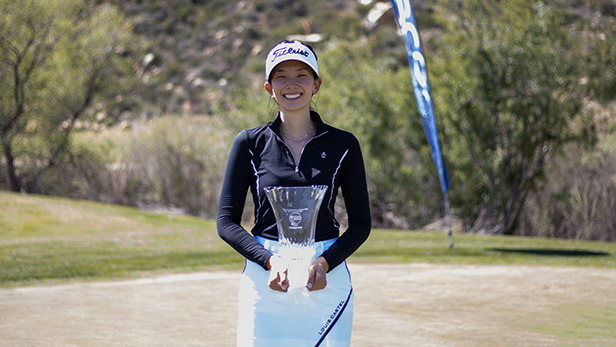 Natalie Mu of San Gabriel gave up golf after graduating from Cal in 2017 but took her clubs out of the closet, started to play again during the Coronavirus pandemic and has regained her old form.

“My hands were shaking the entire time,” said Mu, who was the 2013 Southern California PGA Junior Tour Player of the Year. “The putter was working pretty well. I put a little extra love in my putter. I made a lot of putts, saved a lot of pars and I think that kind of saved both rounds, yesterday and today.

“It was still a little nerve-racking, but I pulled through. I got those two birdies to start the back nine and that felt good … (and) I had a great sand save on hole 12. It feels surreal and I want to thank everyone who (organized) the tournament.

“This is a great event for those who have been in the working world and just want to get back into playing like me. I had a great time.”