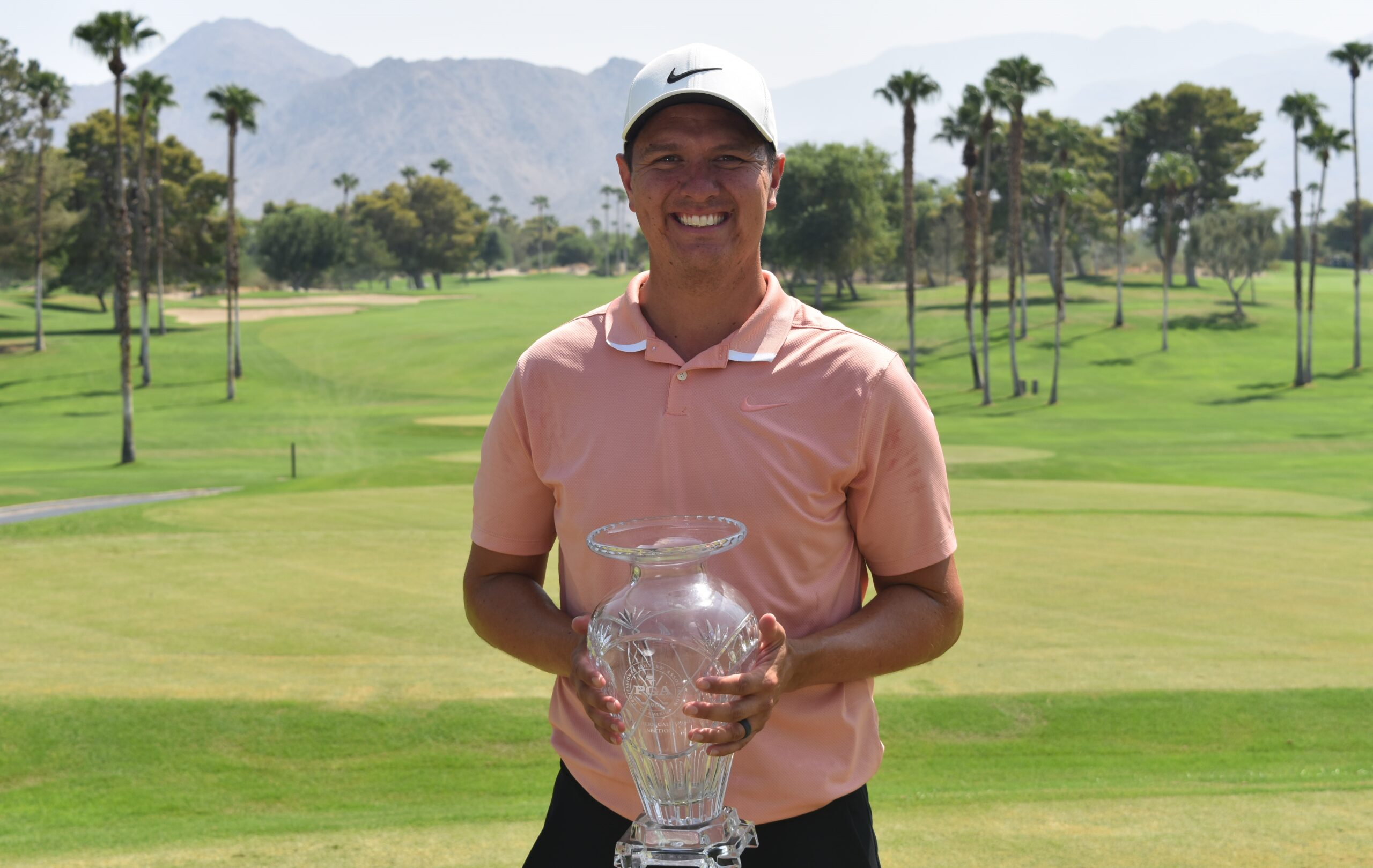 Mendoza, who started the final round with a two-stroke lead, padded his margin with birdies on the first and seventh holes before holding on despite carding bogeys on the ninth, 16th and 18th.

“It feels great,” Mendoza said. “A lot of hard work goes into getting ready for a tournament like this, to be able to do that and share it with my family this week is awesome.”

Each player in the top 10 earned a berth in the 2021 PGA Professional Championship at PGA Golf Club in Port St. Lucie, Fla., along with Shane Ponchot of Hideaway Golf Club in La Quinta, Mike Mitchell, also of Hideaway, and Alison Curdt of Wood Ranch Golf Club in Simi Valley.

Mendoza will defend his title in the 2021 SCPGA Professional Championship on his home course at The Farms Golf Club.