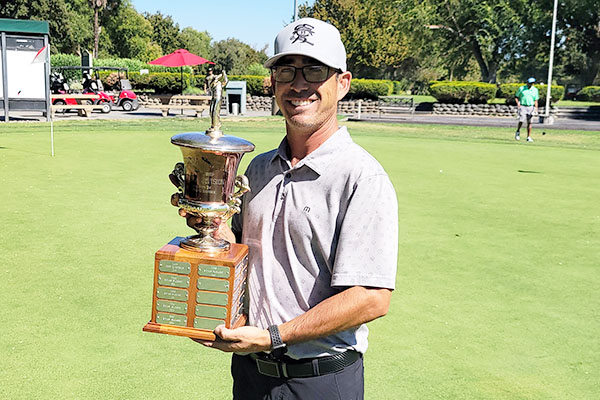 Tanner Makimoto of Roseville captured the 20th California State Fair Mid-Amateur Championship, formerly known as the State Fair Masters Championship, by one stroke over 2020 champion Juan Gonzalez of Antelope with a birdie on the final hole at Bing Maloney Golf Course in Sacramento.

Gonzalez, who won the 2022 Davis City Championship and the 2020 Sacramento City Amateur, pulled even with Makimoto with a birdie on the 17th hole in the final round after Makimoto seemed to take total control with an eagle at No. 14, but hit a wild drive three holes later en route to a double-bogey 6 to fall back into a tie for the lead with Gonzales.

However, Makimoto hit a brilliant approach shot on the final hole and sank a four-foot putt  to claim the victory and earn a spot in the California State Fair Men’s Amateur Golf Championship at Alister Mackenzie Golf Course at Haggin Oaks in Sacramento on Labor Day weekend.

Defending champion Alvarado Estrada of Sacramento tied for 27th at 71-77—148.