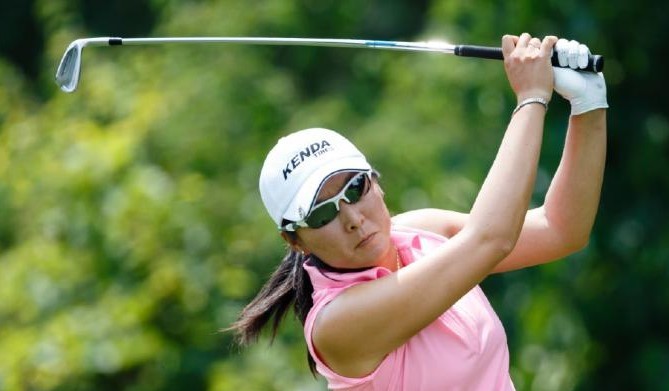 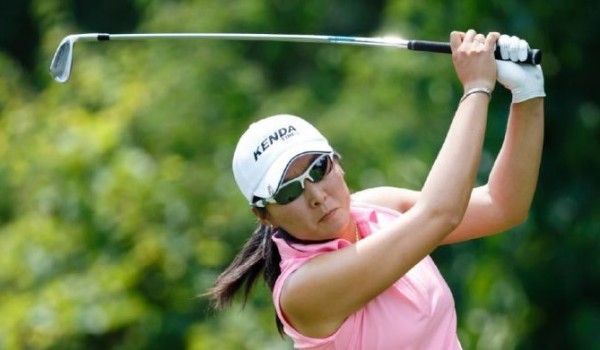 Candie Kung of Fountain Valley carded a bogey-free 8-under-par 64 to take a two-stroke lead over Karine Icher of France and Lydia Ko of New Zealand after two rounds of the Canadian Pacific Women’s Open at Vancouver Golf Club in Coquitlam, British Columbia.

The 34-year-old Kung, a native of Taiwan who has won four times on the LPGA Tour but not since the 2008 Hana Ban-Kolon Championship, started on the 10th hole and made birdies on her first two holes before adding an eagle at No. 13. Then she collected four birdies on the front nine, including three in a row through No. 8.

“I’ve been working pretty hard lately,” said Kung, who was a two-time All-American at USC and won the 2000 Pacific 10 Conference Championship. “I guess it was a slump that I had back 2010, 2011, I just got caught up in life a little bit. Now I feel like I can get back into it again, play some golf, have some fun.

“I just went out there, played one shot at a time, and I knew that I was putting pretty good. I missed a few out there from about 10 feet. I was hitting them pretty close all day. And then made some key putts coming in.”

Xi Lu Lin of China was three shots back in fourth after a 66, while Azahara Munoz of Spain shot 67 and was five shots behind in a tie for fifth with Stacy Lewis, who had a 70.