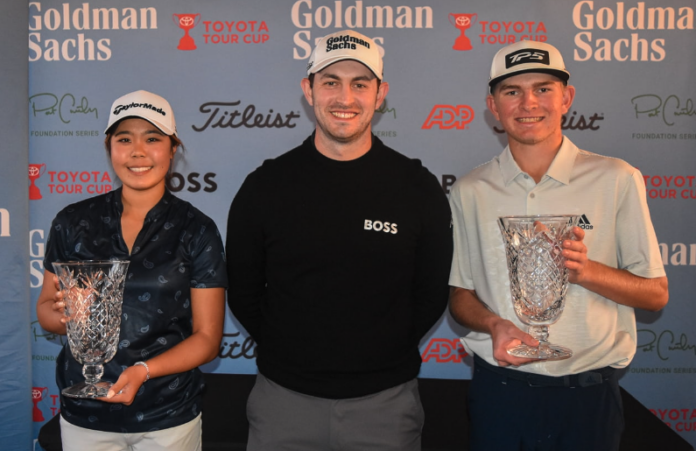 Cantlay, the eight-time winner on the PGA Tour from Los Alamitos and UCLA, was on hand at his home course to present the trophies to the winners. Koo and Davis also finished atop the season-long standings in the series presented by Southern California PGA’s Junior Tour.

“I am extremely grateful to be able to partner with the SCPGA to host the Patrick Cantlay Foundation Junior Golf Series,” said Cantlay, who also conducted a clinic with his coach, Jamie Mulligan of Virginia Country Club, the 2021 PGA of America Teacher & Coach of the Year.

“I have many wonderful memories playing junior golf. Having the best junior golfers in Southern California compete in the series finale on the course I grew up playing, Virginia Country Club, is truly an honor. I look forward to continuing to work with the SCPGA to promote junior golf and provide more playing opportunities for our talented juniors.”

Koo made three birdies down the stretch, including one on the final hole, to complete a rally from four strokes behind to shoot 2-under-par 69 in the last round and edge Anna Davis of Spring Valley by one shot.

Winner of  the Ping Heather Farr Classic and the Sergio and Angela Garcia Foundation Championship earlier this year, Koo posted a score of 70-69—139, 3-under-par, while Davis, the 2022 Augusta National Women’s Amateur champion, finished at 71-69—140.

Anderson, who captured the TTC Jr. PGA Championship and the AJGA Junior at Ruby Hill last year, rallied from five shots down by shooting 31 on the back nine in the final round highlighted by an eagle on the 13th hole, to win by two strokes with a score of 74-65—139.