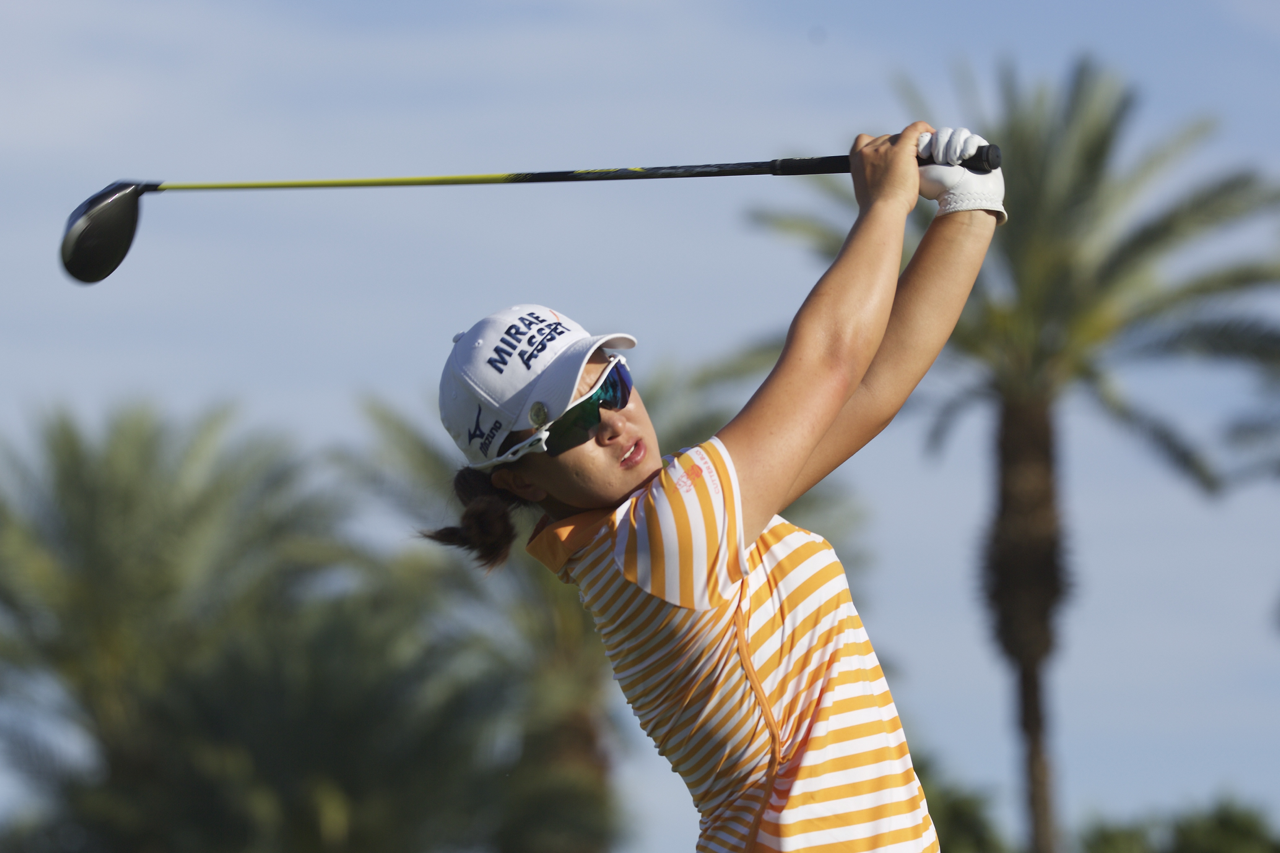 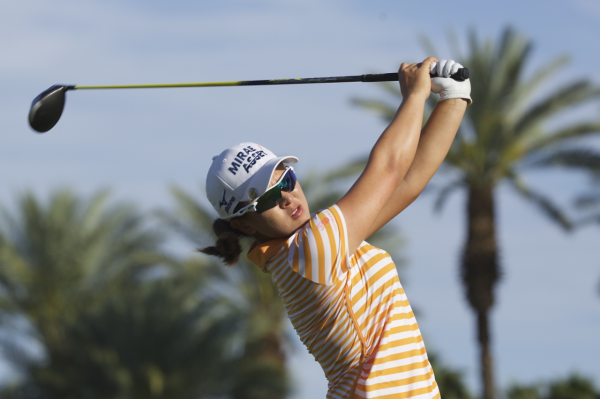 Rookie Sei Young Kim of South Korea shot 3-under-par 69 and pulled away late in the day to take a three-stroke lead over Stacy Lewis heading into the final round of the ANA Inspiration on the Dinah Shore Tournament Course at Mission Hills Country Club in Rancho Mirage.

The 22-year-old Kim, who won the Pure Silk Bahamas Classic for her first LPGA Tour victory early this year after winning six times in Korea, took the lead with  a 20-foot birdie putt from the fringe on the 16h hole and added a seven-footer for birdie one hole later.

“If I were to win it tomorrow, it would be the biggest dream ever to come true for me,” Kim said.  “You know, just because I’ve watched this tournament since I was young. That’s why I feel I want it so much more, and I think the opportunity is there in front of me. I definitely want to get my hand on it, and for sure it won’t be bad jumping into that pond tomorrow.

“When Grace Park and Stacy Lewis won it, I remember them jumping into (Poppie’s Pond).”

Lewis, who won this tournament in 2011 when it was the Kraft Nabisco Championship, climbed to the top of leaderboard with six birdies in a flawless first 12 holes, but made two bogeys down the stretch and wound up with a 68.

Morgan Pressel, who won this tournament in 2007, stumbled with bogeys on two of the last three holes to shoot 71 and was four shots back in a tie for third with Brittany Lincicome, who had a 70, and Ariya Jutanugarn of Thailand, who came in at 66.

Shanshan Feng of China carded a 70 and was another stroke back in a tie for sixth with Jenny Shin of South Korea, who had a 71, and Moriya Jutanugarn, Ariya’s sister, who wound up at 70.

Top-ranked Lydia Ko of New Zealand, who had her LPGA Tour record-tying streak pf 29 sub-par rounds end with a 73 on Friday, struggled again with a 74 and was tied for 48th.