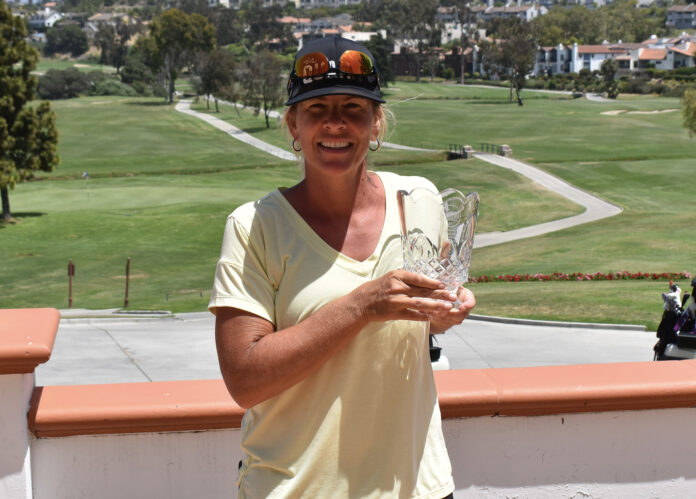 “I’ve been putting pretty well this week and a few dropped in, plus when I did miss the green, my short game was working well,” said Kelepouris, who formerly played on the CN Canadian Women’s Golf Tour. “Fortunately, things went my way, and I feel relieved to secure this win.

“I want to thank everybody back at The Palms (Golf Club in La Quinta) and my family for supporting me out here. … It’s been a while since I’ve been in this position, as it is only my third tournament in the last 14 years. I will say there was hardly any sleep last night, just pure stress coming into the final round.”

Kelepouris made five birdies in her opening 68 and stayed well out in front down the stretch in round two by putting up seven consecutive pars.