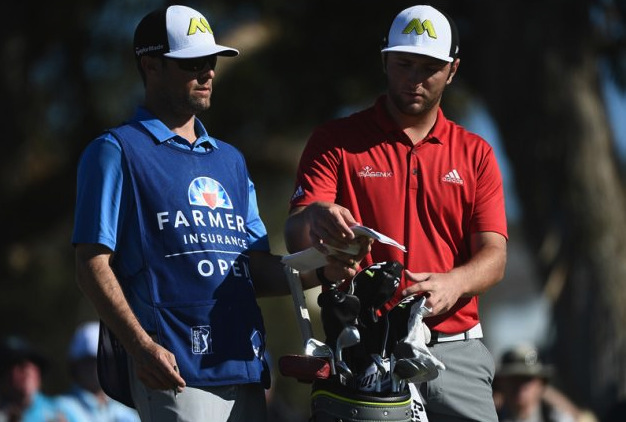 Jon Rahm closed out his first PGA TOUR win in style, going birdie-eagle over the final two holes to win the Farmers Insurance Open. The highlight of the round was a 60-foot putt from the fringe on the par-5 18th that tracked the entire way before disappearing into the cup for an improbable eagle.

Rahm, who made two eagles on the back nine during the round, closed out the victory with TaylorMade’s Spider Tour Red putter. Initially designed for Jason Day — the head color is the same red found on the abdomen of the Redback Spider that’s indigenous to Day’s native Australia — the mallet quickly became a popular TOUR option with his success on the greens last season.

The new putter was part of wholesale bag changes Rahm made prior to the CareerBuilder Challenge. With the exception of his TaylorMade RSi UDI driving iron, every club in last season’s bag, including the golf ball, got the hook during the offseason.

“I had already been fit for my new M driver, so all I needed was a new 3-wood and 5-wood,” Rahm said. “The old M2 3-wood honestly went farther than I needed, and I wanted something that was easier to launch it up in the air when I want more height or more carry. So the guys at The Kingdom got me into the new 17-degree M1, which they cut down a little shorter for more control. Compared to my M2 last year, this M1 also gives me a little more height and more spin, so it was even easier for me to control.

“Now I have a perfect 20-yard gap between 3-wood and 5-wood. I know if I want to hit a hard 5-wood, it will be similar to a soft 3-wood. So with the new M1 fairway woods, I have much more confidence in knowing that the ball is going to perform the way I want.”