Johnson up by 3 going to last round of Senior LPGA 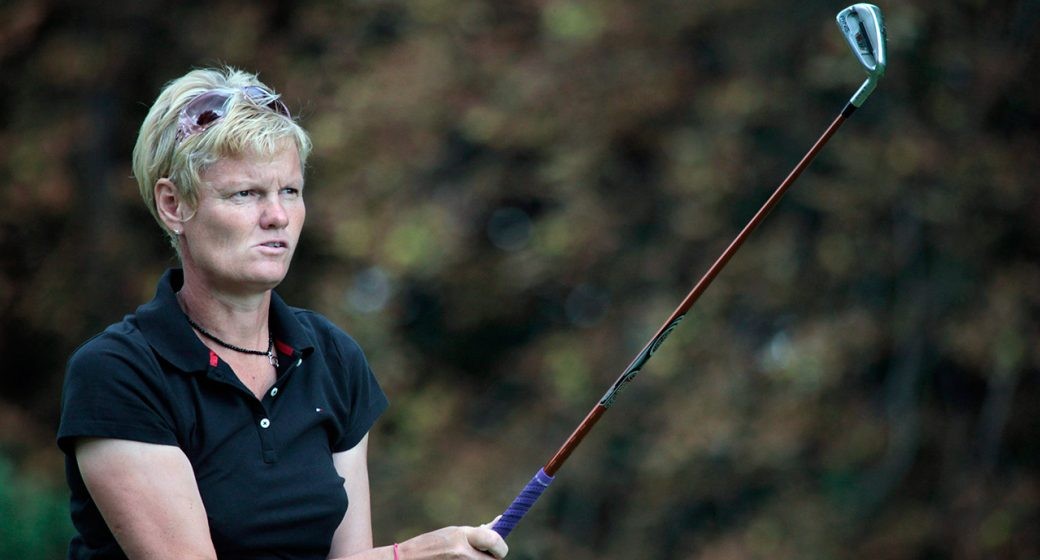 Trish Johnson hit her first shot of the day into the water, but when the second round of the inaugural Senior LPGA Championship she still was in the lead.

Johnson, from England, who opened with a five-under-par 67, shot 72 and is three strokes ahead of Michelle Redman heading to the final round at French Lick Resort in French Lick, Ind.

“I’m not feeling as happy as I was after day one,” said the 51-year-old Johnson, who has won 23 times in her pro career, including three times on the LPGA Tour. “It was hard work and it wasn’t enjoyable.

“I didn’t play well and I didn’t putt well, so I suppose level par is pretty good after I lost my tee shot off the first. It was a battle to say the least. As well as I hit the ball on the range before I went out, it shouldn’t have been as hard as I made it.

“I turned every positive I had going into the round into a negative. Sometimes the brain works in a mysterious way.”

Johnson, who has won 19 times on the European Tour including the 2014 Aberdeen Asset Management Ladies Scottish Open, has a 36-hole score of 5-under 139.

Redman, who seven pro titles include two on the LPGA Tour, birdied the last two holes to shoot 69, while Lorie Kane of Canada totaled 70 and is six shots back in a tie for third with Liselotte Neumann of Sweden, who had a 71, and Carolyn Hill, who wound up at 74.

Nicole Jeray and Wendy Doolan of Australia posted 71s and are another stroke back in a tie for sixth with Marilyn Lovander, who had a 74, while Cathy Johnson-Forbes is eight down in ninth after a 71.