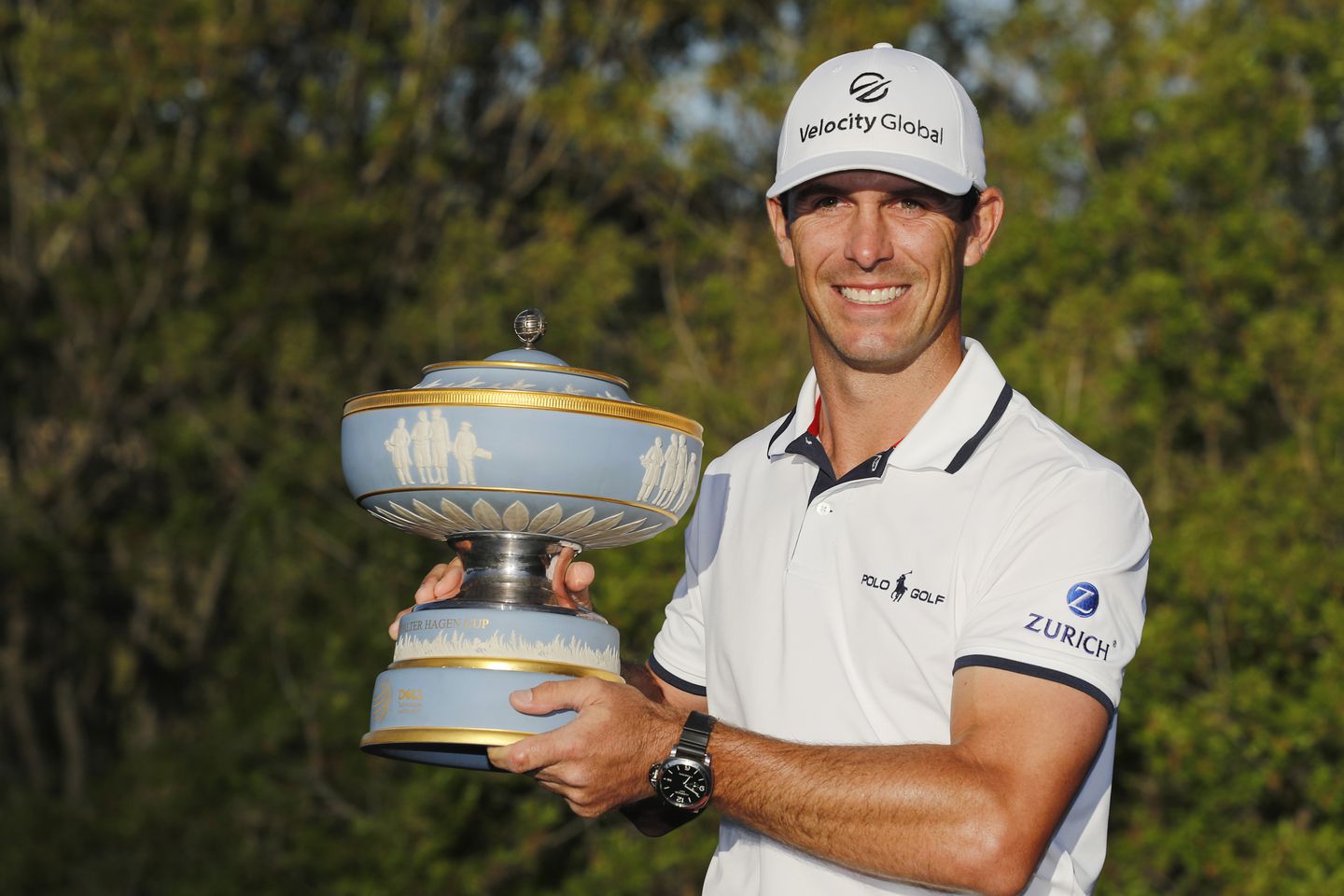 Billy Horschel simply stuck a dagger deep in the heart of Texas.

The 32nd-seeded Horschel quieted the partisan crowd with a 2-and-1 victory over home favorite Scottie Scheffler to win the 22nd WGC-Dell Technologies Match Play in breezy conditions at Austin Country Club in Austin, Texas, and claim the Walter Hagen Cup.

“There was just so much emotion and turns of the tide out there all day long,” said Horschel, who claimed his fifth PGA Tour individual title, but first since the 2017 AT&T Byron Nelson. “It was one of those days when I didn’t hit the ball very well, but just grinded things out. It was a tough day out there and the two guys I played didn’t make that many putts, and I did. That was the difference.

“ … It was a challenge, but it was a lot of fun. When you play in wind like this, you’ve just got to understand you’re going to hit good shots and not get rewarded for it. It wasn’t one of those days you go out can make a lot birdies.”

No. 52 Matt Kuchar, the 2013 WGC-Match Play champion who lost in the final to Kevin Kisner two years ago, defeated No. 31 Victor Perez of France, also by 2 and 1, to capture the Consolation title after No. 30 Scheffler beat him, 1 up, in the semifinals earlier in day.

Horschel got past Perez, 3 and 2, in the other semifinal.

No. 30 Scheffler, who is from Dallas and played college golf in Austin at the University of Texas, Scheffler won the second hole of the final with a par, but Horschel chipped in for his only birdie of the round on the fifth hole to pull even and didn’t trail again.

The 34-year-old Horschel, who captured the 2014 Tour Championship to win FedEx Cup points title, took a 2-up lead at the turn by winning the seventh and ninth holes with pars.

Scheffler, 24, the 2019 Korn Ferry Tour Player of the Year and 2020 PGA Tour Rookie of the Year who was seeking his first victory on the circuit, could not cut into Horschel’s lead on the back nine.

Horschel missed a 24-foot birdie putt to win the 17th, giving Scheffler a chance to stay alive, but he missed his birdie try from 11 feet and it was over.

In the consolation match, Kuchar took a 1-up lead when Perez made a bogey on the eighth hole, and Kooch took complete control by winning three straight holes through No. 12, even though Perez stayed alive by winning the 13th and 14th, but no more.

“This is as good as I’ve felt about my game and I had a blast out here,” Kuchar said. “Austin Country Club was just magnificent, the setup was fun, and they did a great job. Every year we come here I really enjoy myself.

“Certainly it was anti-climactic playing in the afternoon match, but once you get out, once you get going, the juices get going and you don’t want to lose. So it was a good battle with Victor in the end.”