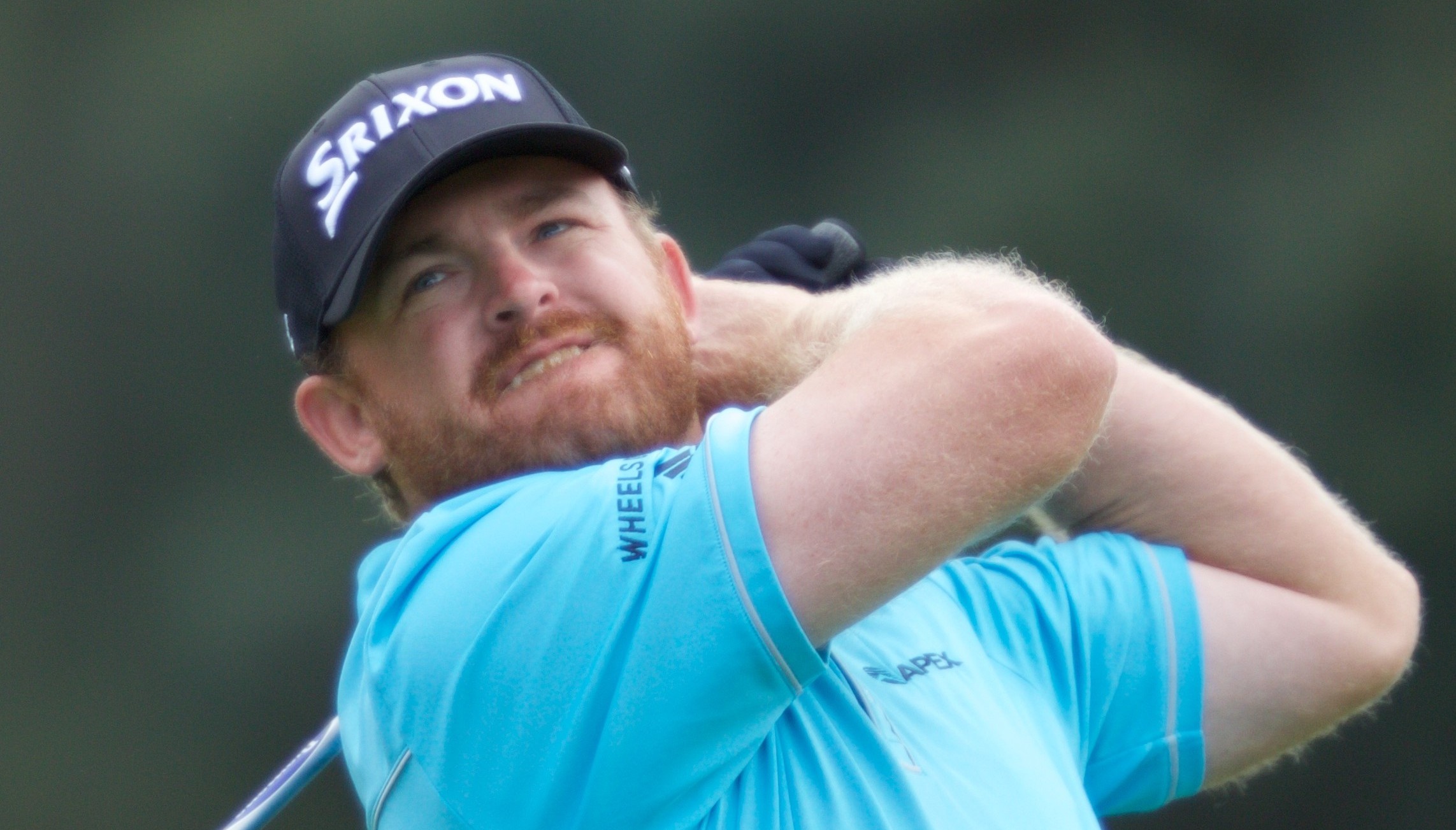 J.B. Holmes hit the ball all over the Stadium Course but at the end of the day found himself tied for the lead with Kyle Stanley in the Players Championship.

Holmes (pictured) is a noted power hitter, but relied on his short game to post a 2-under-par 70, while Stanley, who shared the 36-hole lead, rallied after making three bogeys on the first four holes and salvaged a 72 at TPC Sawgrass in Ponte Vedra, Fla.

“I hit a lot of good putts and a lot of them went in,” said Holmes, hit only five of 14 fairways but needed only 25 putts. “I’ve been working on my putting stroke and it’s been getting better, and the speeds of these greens have suited me, and my feel has been good on them. When you start hitting putts where you’re aiming at the right speed, you’re going to get a few to go in.

“Everything is so hard (on the Stadium Course), you have to be so focused on each shot or it’ll jump up and get you. You have to stay in the present, and that’s the main thing. You’ve just got to go around and hit one shot at a time wherever you hit it and go get that. You can get some squirrelly lies on chips and the ball come out funny. Everybody is going to get some bad breaks.”

Holmes, a four-time PGA Tour winner, took a one-stroke lead with a five-foot birdie putt on the island green at the infamous 17th hole, but Stanley came along a few minutes later to pull even when he stuck his tee shot to within three feet and also made birdie on the hole.

Then he got up-and-down from the sand behind the final green, blasting out to within five feet and sinking the putt.

“I’m very happy with even par,” said Stanley, whose only pro victory came in the 2012 Waste Management Phoenix Open. “I thought it played quite difficult out there, especially the first nine. “You just kind of have to remind yourself that even though you’re a little bit over par, on the leaderboard I was still in a pretty good spot.

“I just tried to focus on giving myself chances. That’s kind of been my mindset all week. That’s a little easier said than done, but a shot at a time. I feel like we have a fairly good game plan for this golf course, so just stick to that and be really patient.”

Louis Oosthuizen, who was tied for the lead with Stanley after two rounds, made two bogeys on each nine in a 73 and is one stroke back in solo third, followed another shot behind by Si Woo Kim of South Korea, who had a 68.

Emiliano Grillo of Argentina birdied five of the last 10 homes and is three back in a tie for fifth with Ian Poulter of England, who had a birdie on the second hole and 17 pars for a 71.

Masters champion Sergio Garcia of Spain roared into contention with a 67 that included a 17-foot eagle putt from barley off the 16th green and is four down in a tie for seventh with Alex Noren of Sweden and Patrick Cantlay of Los Alamitos and UCLA, who both posted 72s.

Pat Perez carded the low round of the day, a 66, and is five strokes behind in a tie for 10th with Francesco Molinari of Italy, who shot 69, and Rafa Cabrera Bello of Spain, who came in at 73.

Adam Scott of Australia, the 2004 Players champion, is tied for 13th after a 71, second-ranked Rory McIlroy of Northern Ireland posted a 71 and is in a tie for 20th that includes defending champion and third-ranked Jason Day of Australia, who finished at 73, while top-ranked Dustin Johnson is tied for 44th after a 74.