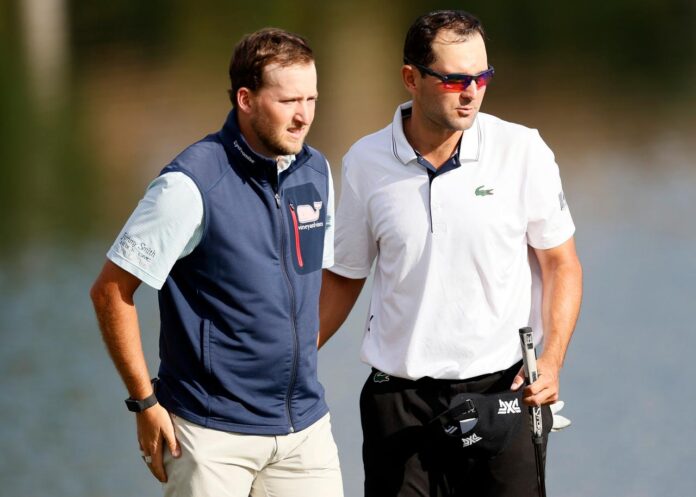 Paul Barjon of France and his friend Lee Hodges have never won on the PGA Tour, but they have put themselves in prime position to do so.

The 26-year-old Hodges (pictured left) birdied six birdies while finishing a bogey-free 64 on the Stadium Course at PGA West in La Quinta, while Barjon (right) shot 65 while playing alongside him and they are tied for the lead are three rounds of The American Express.

Every golfer played the Stadium Course, the Nicklaus Course at PGA West and La Quinta Country Club, all par-72s, in the first three rounds and the final round of the old Bob Hope Desert Classic will be played entirely on the Stadium Course.

“It was tough early (with the wind) and it kind of died on our back nine a little bit,” said Hodges, who was the 2014 Alabama 4A State High School champion. “It was off and on, but it was a good wind. The easy holes were playing a little easier, but the hard holes were hard. So, you just had to make a couple pars and then get to those downwind holes.

Said Barjon, 29, who has won three times on the PGA Tour Canada and captured the 2021 Huntsville Championship on the Korn Ferry Tour: “We just kind of feed off each other, so it’s been fun. (Hodges) played really good the first day (while shooting 62), really kind of set the tone by making pretty much everything he looked at on the green. So that’s always good to see and just kind of get inspired by.

“I’m just trying to keep up with him.”

Tom Hoge birdied four straight holes while shooting 68 at La Quinta CC and is one stroke back in solo third, followed another shot back by Seamus Power of Ireland, who eagled the sixth hole in a 66 at La Quinta CC.

Fourth-ranked Patrick Cantlay of Los Alamitos and UCLA, who was on top of the leaderboard after each of the first two days, failed to break 70 for the first time in 22 rounds and his 72 on the Stadium Course left him in a tie for 11th that includes 2021 PGA Tour Rookie of the Year Will Zalatoris, who had a 70, and rookie Sahith Theegala of Chino Hills of Pepperdine, who shot 68 on the Stadium Course.